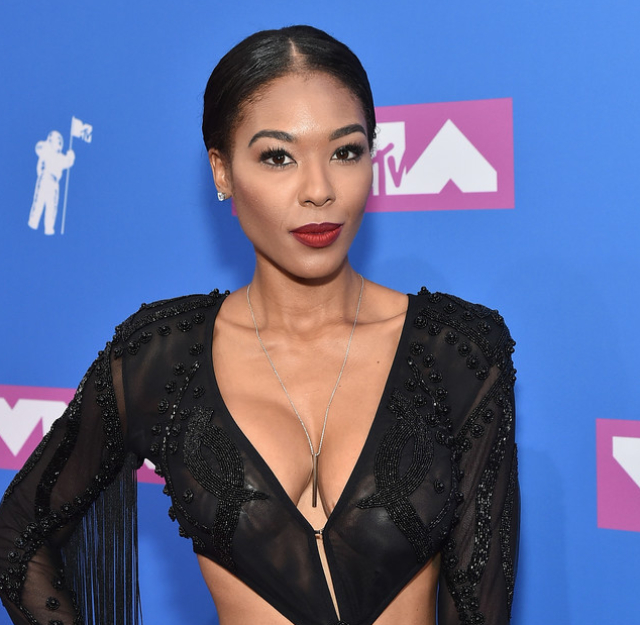 Moniece announced her departure from Love and Hip Hop: Hollywood (LHHH) this past summer. Now, fans are learning the details behind her contract’s termination. Much of why Moniece is leaving the show has to do with her son, Kameron, with Lil Fizz.

“All season long, they begged me to have this conversation,” Moniece shared in a recent Instagram post in which she delved into her mental anguish, which prevented her from being her greatest self for Kam this past season. “I’d gone through the season totally depressed and alone,” the LHHH star added.

“I explained to [the production team] that I wasn’t willing to sit and have the conversation about the effects my depression had on my son with anyone on the cast because, while I did have genuine friends on the show, I was paranoid and didn’t want to talk about it.”

Moniece went on to tell her social media fans, “I was paranoid that the edit would create a different narrative that wasn’t true as is always the case when it comes to my storyline. They promised me that when it came to my son and this very sensitive topic of emotional and mental health, the edit would be accurate and the narrative would be handled with care.”

There was a segment during this season of Love and Hip Hop: Hollywood in which Moniece isolated herself from Kam and eventually called Lil Fizz for help. Moniece told her Instagram fans that she locked herself in the laundry room of her home so that her son would not hear his mom crying.

The edits, according to the former LHHH star, made it appear as though Kam knew about Moniece’s breakdown and commented on not having a “normal” mom because of her episode. “The night he made the comment of not having a normal mom was a totally different week, for a completely different reason,” Moniece declared.

Still, regardless of how she feels she was portrayed on the show, Moniece told her fans that she hoped her story helped someone.

“I wanted to really get you guys to see that I’m human,” the celebrity mom shared with her Instagram followers. “That I’m leaving because I’m that committed to my healing and my growth for my son. That the check and the exposure has hurt me more ways than it’s ever helped. And that I’m just like everyone else. Hoping that someone’s mother would be brave enough to sit down with her kid(s), and bare her soul, with the sole intent to lead by example that their feelings also deserve validation and that transparency and honesty is the only way to receive help in ANY and ALL areas of their lives.”