"He Refused To Believe Me" 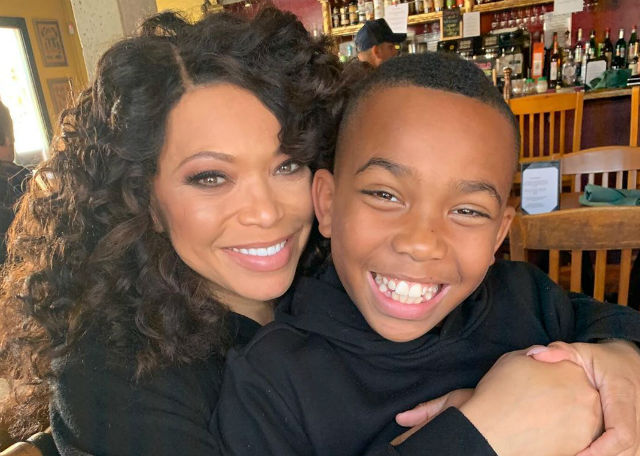 Tisha Campbell’s youngest son, Ezekiel Martin, does not think his mom is Black. Well, at least, the youngster didn’t think so until his mom worked to convince him that such was true. Tisha shared the story with the ladies of The Real during the show’s “Girl Chat” segment last week.

How Tisha had to convince her son that she is African-American.

“My son, I was trying to get him to understand what ancestors are and heritage,” Tisha shared. The celebrity mom asked the producers to cut to the clip in which the My Wife and Kids actress attempted to explain the family tree to Ezekiel to no avail. The youngster was okay with his older brother, Xen, being of African ancestry. Ezekiel, however, could not accept the notion of his mom, whose skin is light, having the same heritage.

🤣🤣🤣 Ran across this video — had to share! Yo man….The boy asked me, “What is an ancestor?” Then, the conversation just flipped on me ugh!!!! #whateverZEKE

“So he’s looking at me and he’s going, ‘You look like my friend, my best friend, Demelsa. And Demelsa’s blonde and she has blue eyes,'” Tisha told the ladies of The Real. “And I was like, ‘No, I’m African American. I’m Black.’ And he says, ‘Your skin, too?’ And I said, ‘We come in an array of colors.’ But he refused to believe me.”

Ezekiel didn’t fully accept what his mom was saying at the time. The youngster was eventually able to receive his mom’s lesson, probably thanks to Tisha’s village who help the actress rear her sons.

It takes a village!!!!! Thank you Jesus and thank you to actor, author of #manvsmale our friend @alldondre (Uncle Dre) for inspiring my sons to the point where my oldest wanted to be of service to my youngest. My ❤️ to you and to my girl @sallirichwhit I so appreciate you fam. #blackmaen #positiverolemodels #becauseofthem