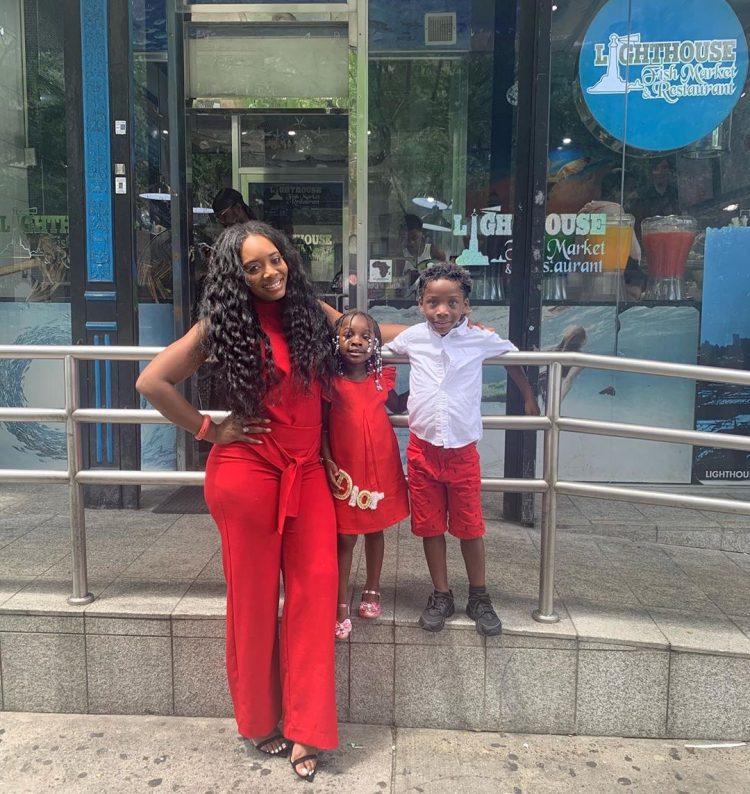 Yandy Smith took her younger children, Skylar and O’mere, to visit their father, Mendeecees, in prison this past weekend. Yandy’s foster daughter, Infinity, was not present for the visit as she had a basketball game that she had to attend.

“Family X Hair,” Yandy told her Instagram fans. “Before y’all ask @therealinfiniti_ has basketball on the weekends so she missed this visit,” the Love and Hip Hop: New York star shared.

Family X Hair. @omereandskylar @mendeecees (before y’all ask @therealinfiniti_ has basketball on the weekends so she missed this visit)💕

Mendeecees reported to prison five years ago to serve out an eight-year sentence for offenses he committed in his younger years. The celebrity father began his sentence just months after his daughter, Skylar, was born.

Yandy Smith recently stopped by The Real to talk about her life as a single mother while her husband serves out his prison term. “It’s been hard [to cope], but I have kept myself busy,” the LHHNY star admitted.

Good Morning from us 🌞

“I started a new company called Yelle Skincare,” Yandy told The Real co-hosts. “That has taken up all of my time,” she added. “And I have amazing babies. I have two babies that I birthed, and then I have Infinity. So I’ve been really busy. I’ve been keeping super busy, and that’s kind of what helps me get through this.”

There has been much speculation surrounding the status of Yandy Smith’s adoption process as it concerns Infinity. “I am officially a licensed foster mommy,” the LHHNY star revealed during her interview segment on The Real. “I am her foster mommy, but I don’t even use that term in my house. That is my baby. That is my daughter.”

You can catch Yandy Smith and her family on Love & Hip Hop: New York, which airs every week on VH1. Stay tuned for more celebrity family news!