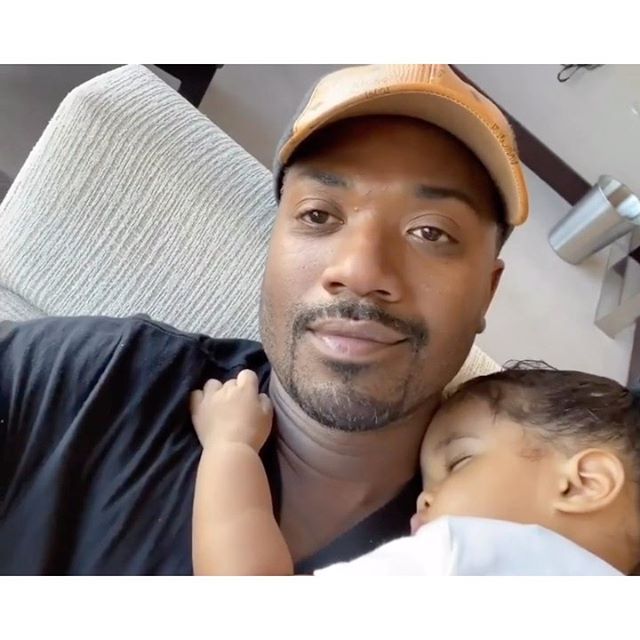 Ray J and Princess Love appear to be back on good terms as he supported her at a recent maternity shoot. Video footage was taken from the photoshoot that showed Ray filming from the sidelines while Princess gave photographers several poses.

“It’s killing ’em,” Ray said at one point during the shoot. The celebrity father was referencing his wife’s ability to cradle her bump while giving the camera a level of fierceness fit for an angel. Did we mention that Princess wore feathered angel’s wings during her recent maternity shoot? The pictures from the session are going to be fire!

Looks like #MelodyLove’s parents may not be divorcing after all. #Rayj was spotted at #PrincessLove’s #maternityshoot on Tuesday.

Ray J’s support at Princess Love’s photoshoot comes after a tumultuous week in Las Vegas. Princess accused Ray of abandoning his family in Vegas after the Soul Train Music Awards. She also told her fans via Instagram Live that she wanted a divorce.

“I don’t want to be married anymore,” Princess shared. “I don’t have time for this,” she added. “This is not love, and I’m done.”

Ray J took to Instagram Live as well to criticize Princess for holding their daughter, Melody Love, while airing out her frustrations in the video. “You using her as bait in this whole thing is just not what parents should do,” the celebrity father told his wife.

“She should not be in your Live right now, and you shouldn’t be explaining things about stuff to make me look like a bad person,” Ray continued.

“I’ve never talked bad about you … ever,” the celebrity father further explained. “To me, it’s just not what people that’s married do. I never talk bad about you. Never. And I never will. You know why? Because that makes Melody look bad. It makes her look bad.”

It seems that Ray J and Princess Love have mended things and are ready to move forward in their marriage. Ray reunited with his wife and daughter on Monday (November 26) and has removed all signs of him battling with Princess from his Instagram Live feed. The couple is expecting their second child to arrive in the coming weeks.