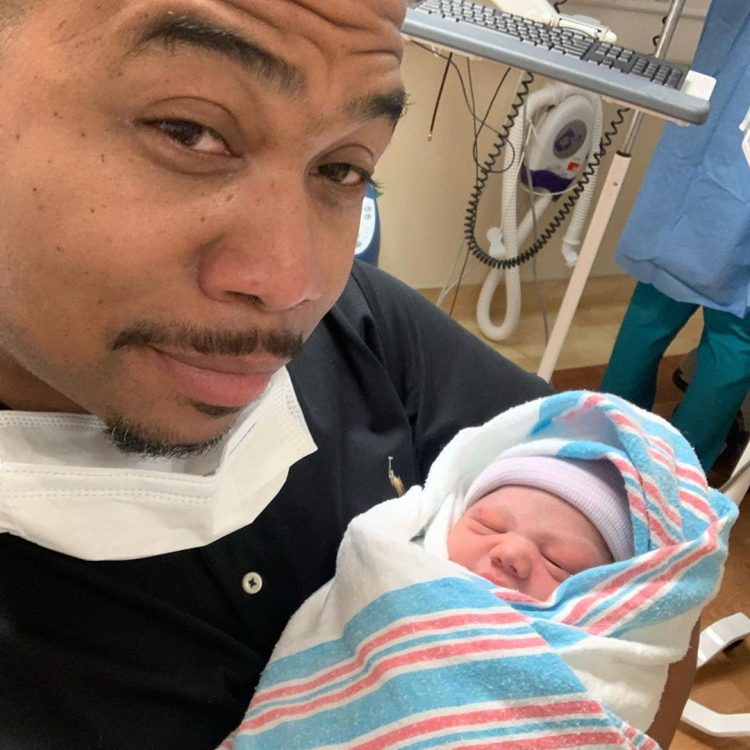 Omar Gooding is a new dad! The actor and his wife Mia Vogel have welcomed their second child, a baby boy.

Omar took to his Instagram earlier today to share photos from the hospital room. Several shots show the  entertainer holding up his son. “My Boy came out SANGIN!! You hea’ ME?! Meet MILES CHRISTIAN GOODING
8lbs 3 oz and 23 inches long,” he captioned of the snaps.

Omar Jr.  was one of the inspirations behind his dad’s recently released  album called “The Excuse”.

Gooding recently shared in an interview, “When I wrote, “Better Me,” I wrote it with my son in mind specifically. And then when I get to the end, I realize it’s not only for my son, but it’s a dedication to my father because I realized most of the things that I was saying, was things he used to say to me. It was always an envision of his and mine to always make a better version of yourself through your children. For that soundbite that I got from a video to come through at the last moment, it was all, God.”

Gooding is best known for appearing in television shows, such as Touched by an Angel, Wild & Crazy Kids, Hangin’ with Mr. Cooper, Smart Guy, and Playmakers, and also the films Ghost Dad and Baby Boy.