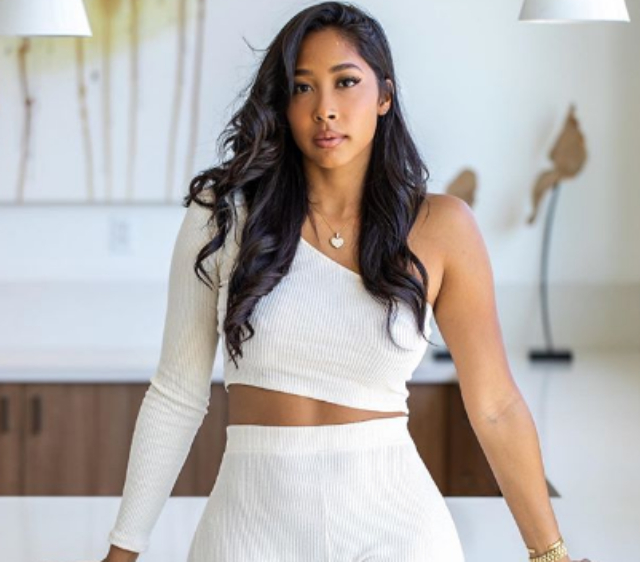 Apryl Jones says that Omarion only gives her $700 per month for their kids. The Love and Hip Hop: Hollywood star recently had a conversation with Nick Cannon on Power 106 in which she shared a few details about how co-parenting alongside the B2K singer is working out.

“I don’t want no smoke,” Apryl told Nick. “Co-parenting cool, you can have it,” she added. “[Omarion is] nice, but he knows how to sting. Omari knows that he can’t talk about it publicly because he’ll have to tell the full truth. And the truth is, he did what he did.”

Apryl Jones and Omarion ended their engagement in 2016, which was four months after welcoming their daughter, A’mei Grandberry. It took Apryl more than a year to move beyond the hurt of the relationship coming to an end. The celebrity mom, however, has managed to press forward after experiencing such heartbreak.

“I let Omari go,” Jones shared. “It took me a year and a half to get through that relationship. It was the hardest breakup of my life, but I left it where it was at. I went through that healing. I left it where it was at. I don’t feel no way. I don’t want to wish bad on him because he is, at the end of the day, the father to my kids. I want nothing but the best for him. I want him to succeed in life.”

Although she sends nothing but good vibes his way, Apryl admitted to Nick Cannon that the limited amount of help Omarion gives when it comes to the kids bothers her.

“To the perception of the world, Omari’s unbothered, but he bothers me,” the celebrity mom said. “There’s a lot that I’m dealing with behind closed doors that people don’t know,” Apryl admitted. “Like, not receiving support and a person claiming they only make a certain amount of money, and I’m only getting $700 a month. Like, little stuff like that. It’s just the truth. So what are you gonna tell your children when they find out what you did to their mom?”