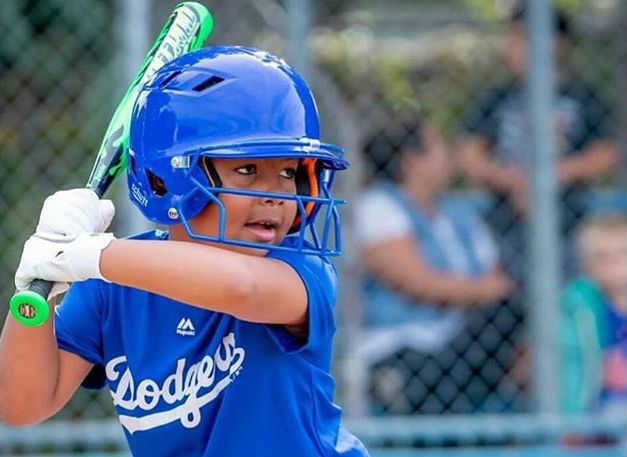 Wiz Khalifa is known for many things and now the talented 32-year-old rapper can add baseball coach to the group! On an episode of The Kelly Clarkson Show, Khalifa shared with the audience that he coaches his son six-year-old Sebastian’s baseball team.

“For me, it’s super important,” Khalifa shared on the show. “I love children and this is the most important time in his life. Especially spending it with me, and having his friends and the relationships that they’re gonna build — any hand that I can have in that, I’m trying to do it.”

You would think that it would be hard for the well-known rapper to help coach his son’s team, but it is not. In actuality, one of the other coaches didn’t recognize him at all.

“It’s crazy but one of the coaches actually came up to me — he’s a fireman — and he just told me this yesterday, he was like, ‘I was watching TV and I saw this interview with you on there and I was like, “What the heck is the Dodgers coach doing on TV?’ He didn’t even know I was a rapper. So they had to tell him that I was who I was — but it’s cool because I felt like maybe I’m doing such a good job as a coach that he didn’t even know I was a rapper.”

Khalifa also mentioned during his interview that like father like son, Sebastian, aka “Bash,” likes music just like his dad. “He’s got his own little playlist of music. When he gets in the car after school, he’s like ‘Daddy, play this song, this song, that song.’ I mean, I try to put him on the new stuff and he doesn’t even want to hear it.”

Khalifa, who shares custody of Bash with his ex, Amber Rose, opened up about being a father in an Apple docu-series earlier this year, confirming that his world has changed since Bash was welcomed into the world.

“Bash is a huge part of that transition — and not being with his mother, too, because it forced me to be more responsible and do the things I wouldn’t normally do,” Khalifa said of growing up when he became a parent. “The older that he gets, the more influence I have on him. So it’s not as much as just makin’ sure he’s good; it’s actually being there.”