Home » NEWS » KANDI BURRUSS AND HER KIDS ARE HERE FOR HALLOWEEN

"My Little Ace Had Two Costume Parties To Go To" 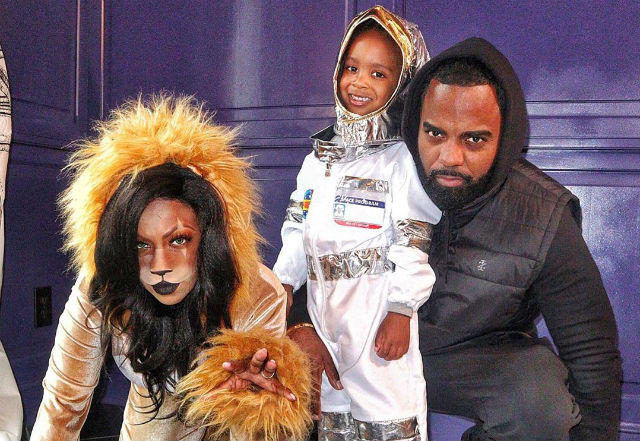 Kandi Burruss and Todd Tucker’s son, Ace Wells Tucker, has been quite busy this Halloween season. First, the youngster attended a pre-Halloween costume party with his sister, Riley Burruss. Then, Ace went to school dressed in an astronaut costume in honor of the holiday. This youngster is definitely the star of the show.

My little astronaut 👩‍🚀 stomping in his Air-Force Ones

“My little Ace had two costume parties to go [to] yesterday,” Kandi told her fans. “Which costume do y’all like better,” Kandi asked. We definitely like the vampire look, Kandi!

My little Ace had 2 costume parties to go yesterday. Which costume do y’all like better? Click the poll in my IG story. Thanks @katrinacwillis for the face paint!

Ace matched his sister’s attire, which was also in the vampire line. “I had another vampire in the family this weekend,” Kandi told her fans. “@rileyburruss, Vampire Queen,” the Real Housewives of Atlanta star shared. “Cutest vampire ever,” Shamea Morton wrote online. “She is growing up so gorgeous,” another fan wrote. Yes, she is!

I had another vampire in the family this weekend! @rileyburruss Vampire Queen 🧛‍♂️

Kandi Burruss and Todd Tucker will soon welcome their second child together. The celebrity couple announced their expectancy of a child via surrogate a few weeks ago.

“Todd and I are both nervous about it,” Kandi said of the experience. “I think it’s easier for Todd to handle or deal with because as a man he’s used to somebody else carrying the baby,” the RHOA star added. “But for me, it’s a little bit harder for me to deal with the thought because I’m supposed to carry my own kids in my mind. But, hey, with science, it’s made other options to be able to make it happen.”

There are only a few slots left for @rileyburruss’ #getriledup event. If you already signed up on her site make sure to check your email & fill out the registration form. @getriledup 💪🏾