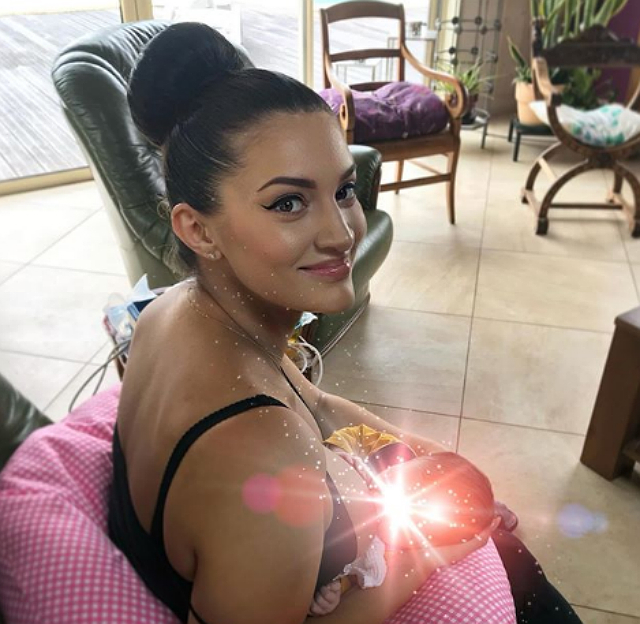 Drake’s son, Adonis Graham, celebrated his second birthday with a rare appearance on his mom Sophie Brussaux’s Instagram page. Sophie shielded her son’s face from the camera but was every bit excited to show off her little one on his special day.

“Son of my life,” Sophie wrote online. “Being your mom is the most beautiful thing in the world. Two years already, my Adonis.” Drake also wished his son well wishes on his birthday. “Happy Birthday, King,” the celebrity father wrote.

Fans learned of Drake fathering a child last year. The celebrity dad later spoke about his experience as a single father who works to harmoniously co-parent with the mother of his son.

“I am a single father learning to communicate with a woman who … you know, we’ve had our moments,” Drake admitted. “I do want to be able to explain to my son what happened,” Drake shared. “But I don’t have any desire for him to, like, not love his mother.”

“I don’t ever want the world to be angry at his mother. We have found ourselves in a situation and we are both equally responsible, and now I’m just really excited to be a great father. I have a son, he’s a beautiful boy.”