"I Was Not Going To Accept The Label" 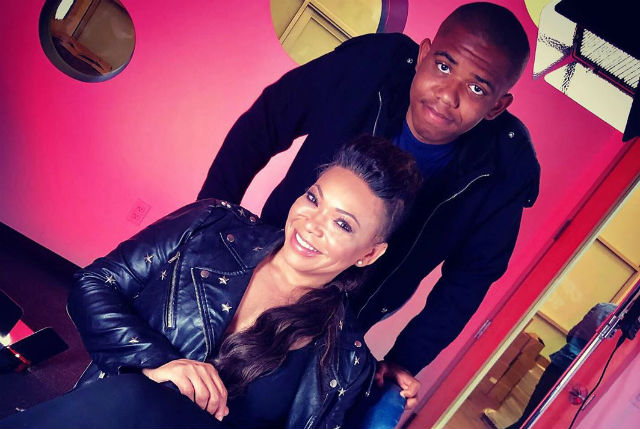 The most recent episode of UNCENSORED featured Tisha Campbell-Martin in all of her rawness. The celebrity mom got candid about the moment that she learned her son, Xen Martin, was autistic. Tisha’s son was 18-months-old and she was on the set of My Wife And Kids when she got the devastating news.

“I remember being on the set of My Wife And Kids, and I’m one who does not show their emotions onset,” Tisha explained. “I do not believe in bringing your problems to set. That’s not other people’s problems. You have money to make. Keep it in-house.”

Tisha lowered her guard, however, after Xen’s doctor delivered the devastating call. “I was walking down the hall, and thank God there was nobody in the hallway, and I get a call from the doctor,” the celebrity mom said. “And she says, ‘I think I need for you to come in.’ And I said, ‘I can’t. I’m on set.’ And she said, ‘I really need for you to come in.’ I said, ‘What are you going to tell me? My son is autistic?’ And she said, ‘Yes.'”

Tisha’s first reaction was shock. Then, the tears came. “Tears were just falling down my face,” the celebrity mom shared. “I hung up the phone and I walked into the makeup room, which was right next to me. I washed my face and I walked back out. I walked onto the set and b-lined for this woman whose child was on the show. And I said, ‘I just got a call from the doctor and they told me my baby might be autistic.’ And she says, ‘Congratulations. So am I. So is my baby.’ And she says, ‘But, engage.'”

Tisha ultimately took the advice of the mother she connected with onset. “I don’t think I stopped talking to that boy for the first five years of his life,” Campbell-Martin said. “I accepted the diagnosis, but I was not going to accept the label.”

Tisha Campbell-Martin received a lot of support from Holly Robinson-Peete whose son, Rodney Peete Jr., also lives with autism. See what else the celebrity mom did to cope with her son’s disability in the clip below.