RIHANNA REVEALS WHETHER SHE PLANS TO GET PREGNANT SOMEDAY SOON: ‘GOD’S PLAN’ 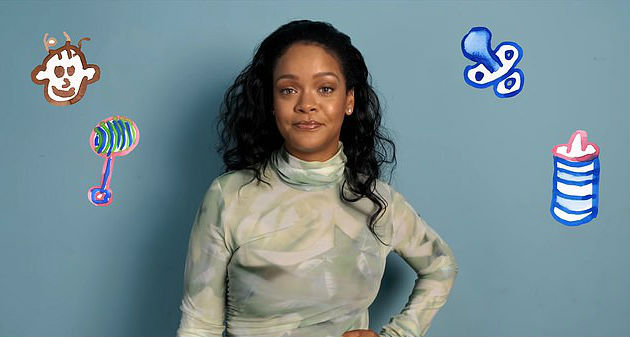 Rihanna sees kids in her future. The exact details surrounding the celebrity’s family expansion, however, are not set in stone.

So proud to be on another cover of @voguemagazine wearing my own designs from @fenty !!! On stands October 16th! Photographer : @ethanjamesgreen Fashion Editor: @tonnegood Hair: @yusefhairnyc Makeup: Kanako Takase

“I don’t think about stuff like that,” Rihanna answered when questioned by Anna Wintour of Vogue about the possibility of starting a family with her boyfriend, Hassan Jameel. “I don’t know God’s plan,” the ‘Take A Bow’ singer added. “I look forward to all of the pregnancy rumors after this interview,” Rihanna mused.

Some fans pointed out Rihanna’s reference to her ex-boyfriend Drake’s greatest hit, ‘God’s Plan,’ during her interview. “When she said ‘God’s Plan,'” one fan noted. Dozens of other Rihanna fans who know about the singer’s on-and-off relationship with the Canadian rapper also found the comment comical.

Rihanna told Anna Wintour that she is presently in a good place when it comes to her relationship with Hassan. “I’m dating,” Rihanna revealed. “I’m actually in an exclusive relationship for quite some time, and it’s going really well, so I’m happy.”

It was just a few weeks ago that Nicki Minaj announced her plans to retire from the industry to start a family with her partner, Kenneth Petty. Could Rihanna also announce her plans to settle down and start a family in the coming years? We will have to wait and see!

TISHA CAMPBELL-MARTIN GETS CANDID ABOUT HER SON'S AUTISM ON 'UNCENSORED'