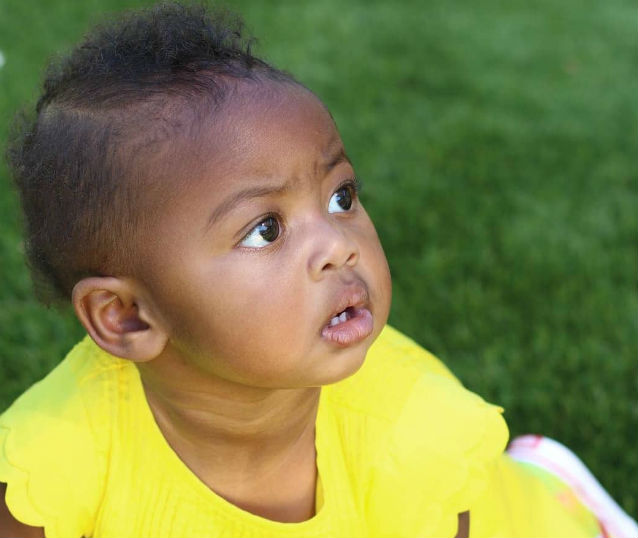 I gotta take the old girl for walks… you already know. 👼🏾👼🏾👼🏾 #ShadyBaby

“Soooo you’re telling me I turned 11 months old yesterday and my parents forgot,” a caption underneath pictures of Kaavia read. “Someone get Molly Ringwald on the phone. She gets me,” the note concluded.

More than 100,000 fans liked the photo series of Shady Baby. “She’s almost one,” a loyal follower shared. “I’m not ready.” Another fan wrote, “This outfit is fire.” Kaavia is definitely dressed from top to bottom in these candids.

Soooo you're telling me I turned 11 months old yesterday and my parents forgot?!?! Someone get Molly Ringwald on the phone. She gets me. #11MonthsOld 👼🏾👼🏾👼🏾

Gabrielle Union and Dwyane Wade welcomed their daughter last November. The celebrity mom shared the joys of motherhood during a recent interview with Parents.

“I felt such relief,” Union said of her daughter’s birth. “To hear her breathing and crying was a dream,” the celebrity mom added. “We didn’t really allow ourselves to believe it until then.”

“She represents that maybe there is a light at the end,” Union continued. “And when you take people on the low points of your journey, it’s cool to let them be part of the joy. Plus, she’s really cute. And has an uncanny ability for making steely eye contact!”