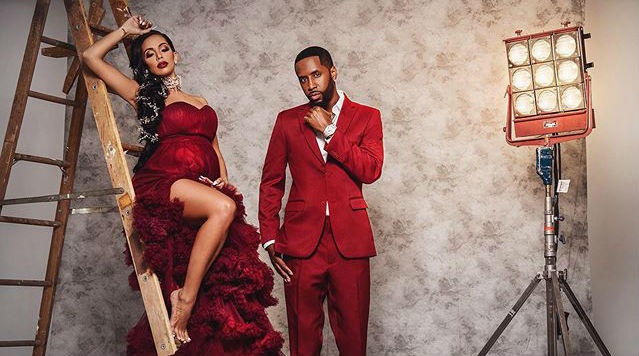 Erica Mena and Safaree Samuels are married! The celebrity couple tied the knot in style with a lavish wedding to remember.

Erica and Safaree chose red for their main color theme. The groom wore a red suit that matched the red centerpieces at the reception. Erica wore a beautiful white gown that hugged her baby bump.

Sending Congrats to Safaree and Erica Mena on their nuptials! #Safaree #EricaMena

It was just a few days ago that Erica Mena and Safaree confirmed their expectancy of a child. The celebrity couple later shared pictures from their first maternity shoot in which both celebrities showed off their incredible fashion sense.

Erica appears to be intent on protecting her unborn child from the spotlight of Hollywood. Safaree, however, seems excited to show off the newest family member upon his or her arrival.

“We’re going to be selective but at the same time, this baby will come out of the womb working,” the father-to-be shared during his and Erica’s pregnancy announcement. “I was working very early. I’m about to pull a DJ Khaled. As soon as this baby comes out, we are working,” Safaree mused.

It would not be too far-fetched to see Erica and Safaree’s baby on Love & Hip Hop. The couple, after all, shared the news of their expectancy with LHH fans first. Will the celebrity couple get their own baby special, though? We will have to keep our eyes on Erica and Safaree to find out! Stay tuned for more celebrity baby news!

ANGELINA JOLIE AND HER KIDS SHILOH AND ZAHARA ATTEND THE EUROPEAN PREMIERE OF 'MALEFICENT: MISTRESS OF EVIL'