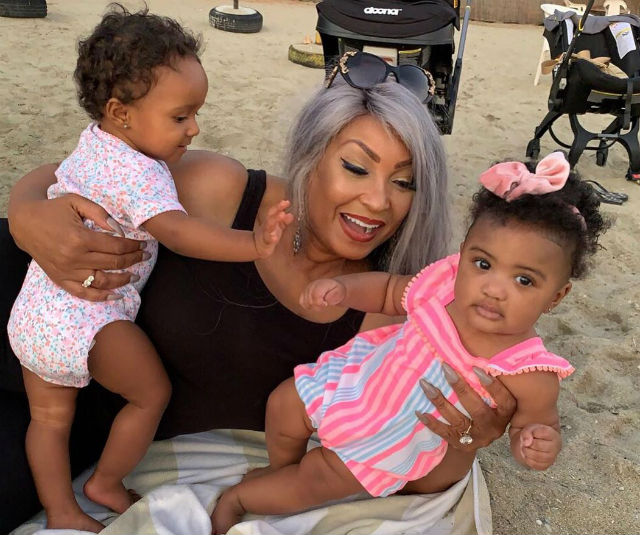 Pilar Jhena McKinley and Brooklyn Daly are living their best lives. Porsha Williams of the Real Housewives of Atlanta recently shared more pictures of her baby with Kenya Moore’s daughter that are simply precious.

It appears that Pilar and Brooklyn took more than a few photos at the beach during their most recent trip to Greece. Porsha snapped a candid of her mom, Diane Williams, on babysitting duty. Pilar appeared camera-ready in the shot. Brooklyn, on the other hand, looked like she was ready to play with her little friend.

“I love this,” one fan said of the cute picture. “They are adorable,” another of Pilar’s Instagram followers wrote. Aren’t they, though?

It was just last week that both Kenya Moore and Porsha Williams posted pictures of their daughter enjoying the sunset in Greece. Porsha deemed the photo of Pilar and Brooklyn together as a “Twirl and Twerk” moment. Many social media fans agreed. “You had to steal my likes,” Kenya mused in Porsha’s comments section.

Living my best life! 👑👑 with my booskie @thebrooklyndaly

Porsha Williams and her boyfriend, Dennis McKinley, welcomed their daughter in March. The RHOA star shared the joys of motherhood with ESSENCE a few weeks later.

“Motherhood is everything I thought it would be and everything I didn’t think it would be,” Porsha revealed. “Other mothers told me, ‘Oh yeah! In the beginning, the newborn is so sweet and you’re gonna love it.’ They show so many pictures and talk about being peaceful with the baby, but my anxiety was on a level 10,” the celebrity mom admitted. “Here I am with a fragile newborn at the house that I’ve never dealt with before, and I love her more than life itself. So for me, it definitely took me a while to get used to. But I got past it.”