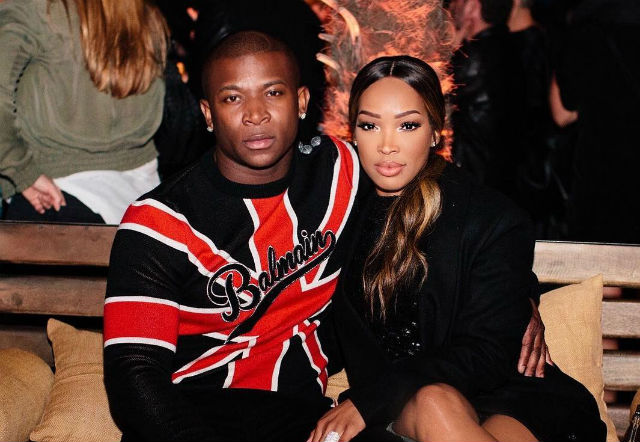 Is Malika Haqq pregnant by her ex-boyfriend O.T. Genasis? That is the question that everyone wants answered after the actress announced on Friday that she is expecting her first child.

Haqq, who is currently 14 weeks along in her pregnancy, is due in March.

“I have always wanted to be a mother and it’s still a little bit surprising but I’m overjoyed!” she tells PEOPLE. “I’m a very emotional person anyway, but this is another heightening of emotion … I feel really good about where I am in my life being pregnant now.”

The Keeping Up With The Kardashians star did not, however, disclose the identity of her baby’s father, but many believe it to be rapper O.T. Genasis.

It was just a few months ago that Malika Haqq declared herself single after breaking up with rapper O.T. Genasis. “Single,” the celebrity shared in a social media post. The pair started dating in 2017 and dated on and off before splitting in June 2019.

“To the world, you may be one person but to me, you’ve become my world,” O.T. wrote in an Instagram post in 2018. “My life has changed with you in it. Before you, I was lost and confused and didn’t know how to let my guard down … I would do anything in this world for you. YOU and only YOU made me a better man and want to be a better man … God told me to love you forever and that’s what I plan on doing.”

He added, “I came in thinking I had it figured all out but you gave me the structure I needed to stay balanced. As men, we often have PRIDE that makes us not wanna do certain things. I would do anything in this world for you. YOU and only YOU made me a better man and want to be a better man.”

Being that Malika is only 14 weeks pregnant and she and O.T. broke in June 2019…. Well, only time will tell!

KENYA MOORE AND MARC DALY'S DIVORCE DRAMA: HE REPORTEDLY HID A SECRET FAMILY FROM HER

KENYA MOORE AND MARC DALY'S DIVORCE DRAMA: HE REPORTEDLY HID A SECRET FAMILY FROM HER