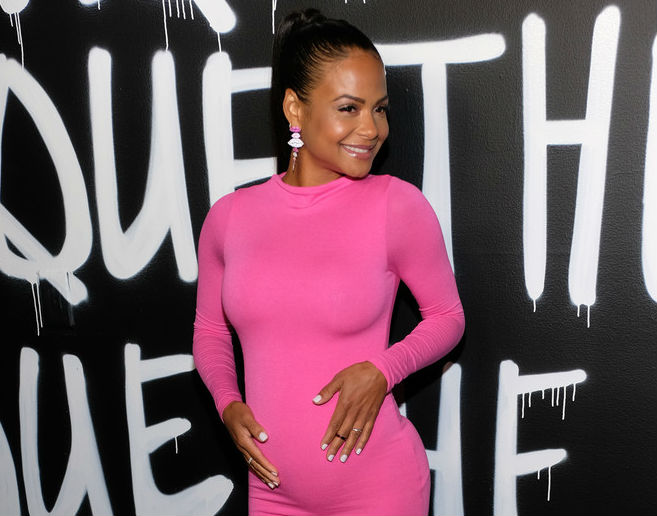 What better way to celebrate your birthday than with pictures that show off your baby bump? Pregnant star Christina Milian set out to commemorate her birthday, which is today, in such a manner by taking cute candids at The Hair-Tique event presented by Phil On Hair this past weekend.

The Hair-Tique gathering was held at Goya Studios in Los Angeles on Saturday (September 21). Christina Milian wore a pink dress that hugged all of her curves. Naked Wardrobe’s “Baby Momma” Collection totally helped the pregnant star pull off the vibe of spicy while expecting.

“You look beautiful,” one fan said of Milian’s look. Another Instagram subscriber wrote, “You look stunning with that belly. You’re glowing.” Isn’t she, though?

Christina Milian recently discussed her expectancy of a son with her boyfriend, Matt Pokora, during an interview with Us Weekly. The pregnant star got on the subject of names and how she and her partner are still a bit stumped on what name they want to give their little one.

“We’re thinking about names, but we still haven’t come across anything that we love,” Christina revealed. “We’re, like, definitely back and forth on that one because French accents and English accents don’t sound the same on names,” the celebrity continued. “I didn’t care about that, but that’s his thing. I guess in French some things don’t sound as good. So that’s the only thing that gets in the way of finding a name.”

Surround yourself with people that get you.. and sometimes mannequins 😝

MATTEL HAS JUST LAUNCHED A LINE OF GENDER-NEUTRAL BARBIE DOLLS