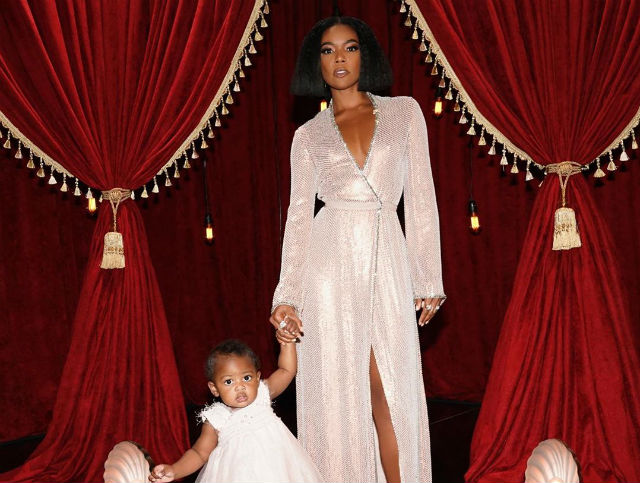 First, she was crawling. Now, Gabrielle Union and Dwyane Wade’s baby is walking. Kaavia James Union Wade, a.k.a. Shady Baby, is on the move!

The America’s Got Talent judge shared video footage of her little one taking her first steps at just 10-months-old. “First steps ever to the AGT finale stage tonight,” Gabrielle told her Instagram fans. Kaavia appeared intrigued by her mom’s computer to the point of chasing after the device. The youngster was also drawn to her mom’s set of keys. “She’s walking,” one social media fan exclaimed. “We’re in trouble now!”

FIRST STEPS EVER to the #agt finale stage tonight: @kaaviajames

Gabrielle Union may agree. The AGT judge recently told Access Hollywood that it took a few days for Shady Baby to get the hang of walking. The little one was unstoppable once she got in the groove of things. “She kind of took off a couple [of] days ago,” Union shared. “We couldn’t catch her,” the celebrity mom admitted. “Today, we caught her!”

It was just a few months ago that Gabrielle Union convinced her daughter to start crawling. The celebrity mom vowed to get her baby to the next developmental stage “by any means necessary,” which included Gabrielle swinging her hair around. Technology was the thing that moved Kaavia back then as well. Is Shady Baby trying to tell us something?

There is no telling what the adventures of Kaav will become now that she is walking. We will have to keep our eyes on Shady Baby to be part of all of the action!