YANKEES’ CC SABATHIA RETIRES AND LEAVES BEHIND A ‘LEGACCY’ 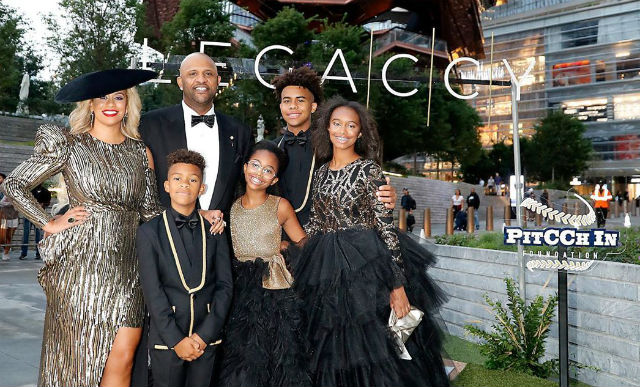 Yankees’ CC Sabathia has a legacy of which he can be proud. The MLB player celebrated his many years in the league with a retirement gathering, called “Legaccy,” to remember earlier this week.

Amber Sabathia and the kids dressed up to celebrate the patriarch of the family who played baseball for nearly 20 years. CC announced his plans to retire from the league in February.

“All I ever wanted for people to remember me was as a good teammate,” the star athlete said during his announcement. “I look forward to 2019 being a championship season for us, and I’m going to give everything I have and leave it out on the field.”

CC Sabathia leaves his dedication to the game on the field while engaging in off-the-field efforts that contribute to the greater good of society. CC and his wife, Amber Sabathia, founded the PitCCH Foundation in 2008, which encourages kids to strive for success in every aspect of life. Through PitCCH, CC and Amber have given underprivileged children backpacks and other school supplies needed to thrive in academia.

CC’s positive vibes have a way of touching the lives of everyone he’s around. “CC has been a great ambassador for our game and we are proud that he has represented our organization for the past decade,” Yankees managing general partner Hal Steinbrenner told the press earlier this year. “CC has always been a pillar in our clubhouse, and we look forward to him further cementing his impressive legacy this season and contributing to our championship goals.