Yes, You Read That Correctly 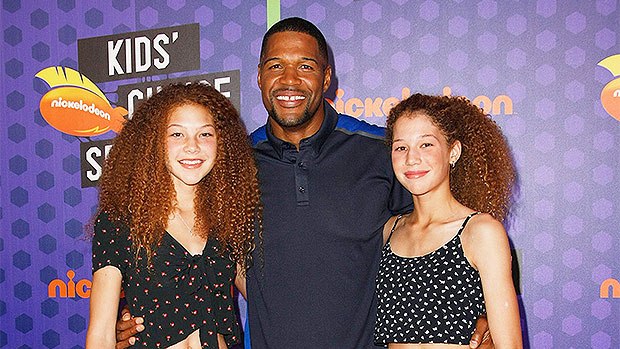 Michael Strahan’s ex wife, Jean Muggli, wants an increase in child support for her and Michael’s twin daughters, Isabella and Sophia. Jean reportedly wants an increase from the $18,000 per month that Michael already pays in support of their daughters.

This video always puts a big smile on my face! Watching my kids enjoy their life gives my life meaning. #Macarena #TBT #thelittlethings

“Michael Strahan is going to war with one of his ex-wives over child support — and the ex-NFL superstar just arrived to (sic) court in Manhattan for a hearing on the issue.

Our sources connected to Michael say he is NOT behind on his child support payments to his ex-wife, Jean Muggli. However, she is presumably seeking to increase his monthly payments.”

Michael Strahan and Jean Muggli wed in 1999 and divorced in 2006. The Good Morning America co-host was ordered to pay his ex-wife $15.3 million in addition to $18,000 per month in child support payments for Sophia and Isabella.

I think I got too into this LOL. 😂😂 Love when my kids visit me at work ❤️

Michael is presently one of the highest-paid co-hosts on television with his Good Morning America contract reportedly worth eight-figures. The celebrity father also serves as co-host of Strahan, Sara, and Keke, which has featured his daughters on various occasions.

Strahan recently reflected on his life as the father of twins when Isabella and Sophia were babies. “Those first three years, they are tough,” Michael admitted. “One poops and the other one doesn’t. One is hungry and the other one isn’t. But then, getting them on schedule…Wow. That was the big thing. But that wasn’t until they were about 3 [years old]. Then you got a whole bunch of other things going on.”

What a time it was goofing around and traveling with my twins and of course the KING, Enzo. #Liveformykids #tbt