Perfect Form And All 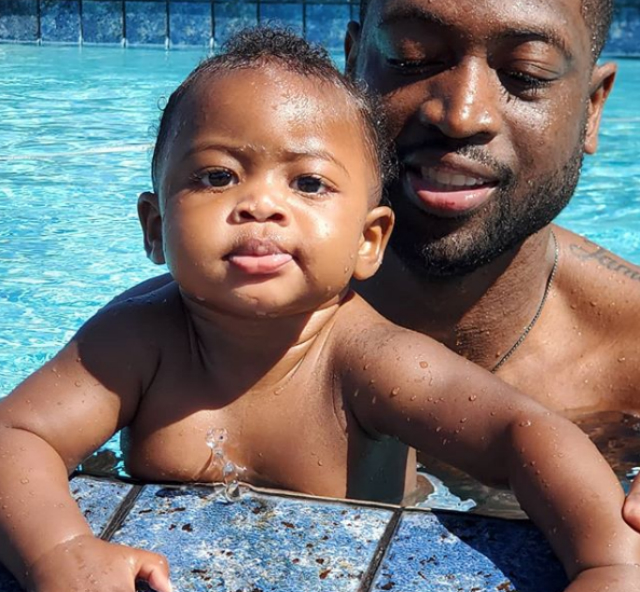 Gabrielle Union and Dwyane Wade’s baby, Kaavia James, is growing into this thing called swimming. The little one was recently filmed and photographed while getting acquainted with the waves.

One candid shows Kaav enjoying the family’s swimming pool. The little one exhibits perfect form while being tossed in the air by her father. “I got you,” Dwyane Wade captioned underneath the picture. Kaavia’s face in the picture says she isn’t so convinced. “She looks like she wanna trust you but isn’t all in,” WNBA star Candace Parker wrote in the comments section of Dwyane’s post.

Another Instagram post shows Kaavia looking around and waving before taking a swim during one of her lessons. Gabrielle Union meshed part of Dwyane’s retirement speech to really drive the point of their daughter being a star athlete in the making. Could we be witnessing the making of the next great Olympian in swimming? Maybe so!

For now, we will have to take in Kaav’s hilarious facial expressions and the fact that Gabrielle Union and Dwyane Wade’s daughter will be raised knowing that Santa Claus is not real. Gabrielle recently explained to Good Morning America why Dwyane does not promote the myth version of Jolly Old Saint Nick.

“I’ll say to my husband, ‘Let’s tell the kids their Christmas gifts are from Santa.’ And my husband is like, ‘There’s no way in hell I’m letting these kids think that old white man is sneaking into our house and doing anything for them,” Union shared. The actress went on to tell GMA co-hosts, “He didn’t grow up believing in Santa Claus. And we have these conversations when it comes to raising our children about where to draw the line between fantasy and ‘Hey, that’s not how life works.'”

Kaavia James was born last November, but this will be the first year that she celebrates Christmas with some sort of conscious of what is taking place. We cannot wait to see Shady Baby’s expressions! Stay tuned for more celebrity kids news!

LIL SCRAPPY'S WIFE AND KIDS SUPPORT HIM AT ONE MUSIC FEST