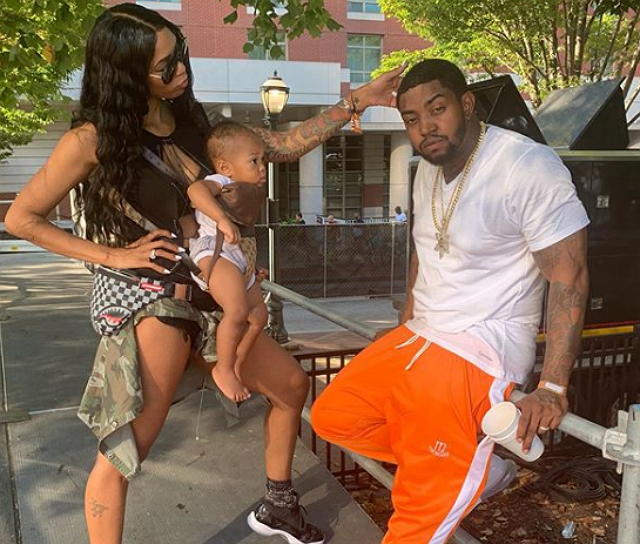 Lil Scrappy had the support of his wife and kids One Music Fest earlier this week. The celebrity father was one of the performers at the event held at Centennial Olympic Park in Atlanta.

One Music Fest is often called the Southeast’s largest urban music festival and for a good reason. This year’s two-day event included performances by Queen Naija, Busta Rhymes, Tory Lanez, and Gucci Mane to name a few. Teyana Taylor and Rick Ross also took the stage at this year’s festival. Lil Scrappy was certainly in good company in terms of the show’s lineup of entertainers!

The celebrity father was also in good company backstage as his daughter, Emani, and son, Breland, joined Scrappy’s wife, Adi “Bambi” Benson, in being the rapper’s cheering squad. “Great looking family,” one fan complimented after seeing a candid of Lil Scrappy spending time with his wife and kids backstage at One MusicFest. “This is what it’s all about,” another Instagram follower said. Agreed!

This year marks Lil Scrappy and Bambi’s second-year wedding anniversary. The rapper wrote a sweet note to his spouse in honor of their anniversary a few days ago.

“I just wanna take the time out of this beautiful God-given day and say Happy Anniversary to my Backbone, my ride or die, my wheelchair, my wall when I can’t stand, my medicine when I’m sick, my brain when I can’t think and my mouth when I can’t speak,” Scrappy wrote online. “I appreciate you and respect you. God [is] still working on the both [of] us, so at least we change together for the better. Love you.”