"I Need To Be As Helpful And Available As Possible" 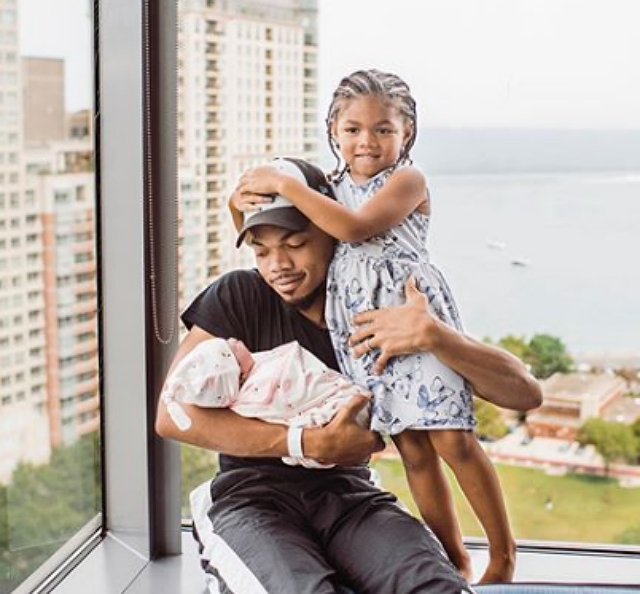 Chance the Rapper is postponing his tour to spend more time with his family. The rapper shared the news with his social media fans on Monday (September 10).

“I thought it over for the past week and I’ve decided to push back my tour,” Chance revealed on Instagram. “This year has been one of the greatest of my life,” the celebrity father added. “Marriage, new baby, first album, etc. But with it being so eventful it has also been very strenuous having to divide my time and energy between family and work,” Chance admitted.

“When Kensli was born, I went on tour two weeks later and missed some of the most important milestones in her life, but more importantly I was absent when her mother needed me the most,” the rapper further explained. “At this point, as a husband and father of two, I realize that I can’t make that mistake again.”

Chance the Rapper and his wife, Kirsten Corley, welcomed their daughter, Marli, on Friday, September 6, 2019. “Our sweet baby girl, Marli, is here,” Kirsten told her Instagram fans after giving birth to her and Chance’s second child. Chance was scheduled to perform at the Chase Center in San Francisco on Saturday (September 14).

“I need to be as helpful and available as possible to my wife in these early months of raising Kensli and Marli,” the rapper said of his decision to hold off on a few of his tour dates. “I apologize because I know how many people were counting on seeing me soon, but I hope you’ll understand and forgive me in time,” he added.

Chance the Rapper has moved his tour dates back to January 15, 2020, with the exception of his Chicago show, which the rapper declared “is still on.” Stay tuned for more celebrity father news!