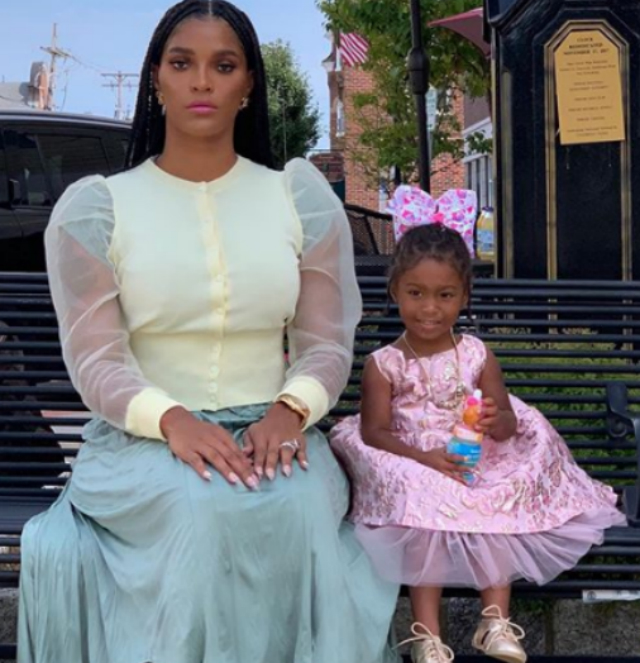 Joseline Hernandez wants you to know that she did not lose primary custody of her and Stevie J’s daughter, Bonnie Bella. The celebrity mom took to Instagram to set the record straight after BOSSIP reported Joseline losing primary custody to her child’s father.

“My firstborn harder than a lot of you n*gg*s,” Joseline shared with her social media fans. “And let me give you the story myself,” the celebrity mom added. “The Primary custody of my daughter belongs to her Mother and her Father. [It] is sad that you so call reporters obtain fake paperwork to ruin relationships. So if you had a question of her whereabouts … She’s in the sky!”

My first born harder than a lot of you niggas✌🏽✌🏽✌🏽✌🏽 And let me give you the story myself…. The Primary custody of my daughter belongs to her Mother and her Father. Is sad that you so call reporters obtain fake paperwork to ruin relationships. So if you had a question of her where abouts…….. She’s in the sky!

BOSSIP exclusively reported that Stevie J obtained full custody of Bonnie Bella this past weekend. According to the gossip site,

“Late last week, a judge OK’d a temporary order awarding Stevie primary physical custody of Bonnie – who will be three in December – with Joseline having visitation, according to court papers.”

Stevie J and Joseline Hernandez appear to be on good grounds if recent photos are any indication of their relationship as parents to Bonnie Bella. In fact, Joseline shared a video of Bonnie hanging out with her older brother, Stevie J Jr. “I smell maturity on Joseline,” one fan wrote in response to the video. “I’m so proud of you, boo,” the follower added. “Show em grown woman-ish.”

Perhaps, BOSSIP was referencing when a judge awarded Stevie J temporary custody of Bonnie Bella last month. The change in custody came as the result of a scheduling conflict that made Joseline appear to be in intentional violation of a court order regarding visitation.

Joseline Hernandez and Stevie J appear to be on the right path concerning co-parenting their daughter. Stay tuned for more celebrity parenting news!