"An Indiscretion That I Will Not Deal With" 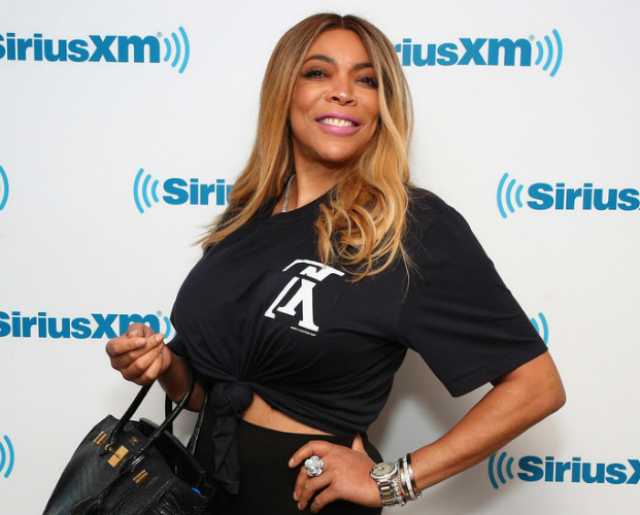 Wendy Williams knew about her estranged husband Kevin Hunter Sr.’s life for years. The last straw, however, was when the talk show host’s partner had a child out of wedlock. Specifically, Kevin and his mistress, Sharina Hudson, welcomed a daughter earlier this year.

“Kevin had a major indiscretion that he will have to deal with for the rest of his life. An indiscretion that I will not deal with,” Wendy said during a recent interview with The New York Times Magazine. “He will always be my family, because we have a 19-year-old son [Kevin Hunter Jr.], and we were together for 25 years and married for 21. But there was no vacillating. I’m out. That’s all I can say.”

Okay Wendy, we see you! 🔥 💜 This interview with @nytmag is great. Wendy explains how she is on top after her soon-to-be-ex-husband had a child with his mistress. . #Repost @nytmag ・・・ “My show is what it is, and I love what I love.” Which is? “Intruding in on the lives of celebrities.” Wendy Williams of @wendyshow has gone over the last year from gleefully splashing around in the celebrity gossip pool to finding herself in the tabloid glare. "I walk out of my building to go to work in the morning, and the paparazzi cameras go click-click-click. But it hasn’t changed my opinion. Because if my opinion changed, then I might not have a job. I know why people listened to my radio show: It wasn’t to hear 12 songs in a row. I know why people watch “Wendy”: Hot Topics." Read more of our interview with #WendyWilliams at the link in our bio. Photograph by @mamadivisuals.

News of Kevin Hunter and Sharina Hudson expecting a child together spread last December. Wendy Williams remained silent about her personal affairs until a few months back when Sharina gave birth.

“I never thought that I would be in this position,” Wendy told The New York Times Magazine. “I’m a very forgiving person, but there’s one thing that I could never be a part of, and that one thing happened.” Specifically, “Kevin has a daughter.”

#WendyWilliams has confirmed rumors of "a major indiscretion" by her estranged husband, saying he fathered a daughter with another woman. Link in bio for the story.

Wendy Williams filed for divorce from her husband of more than 20 years shortly after Sharina Hudson gave birth to her and Kevin Hunter’s daughter. Kevin made a public statement regarding his estranged marriage days after news of his impending divorce began to spread. Many have given support to Wendy during this tumultuous time while bashing Kevin for his infidelity. The talk show host, however, refuses to talk bad about her former partner.

“People want me to hate and scream and talk. I won’t,” Wendy told The New York Times Magazine. “It bothers me that people say, ‘Keep it as clean as you can because you have a child together.’ That’s not the main reason to keep it clean. The main reason I won’t talk badly about Kevin is that he was my first true love. I will not have people talk badly.”