"So What Happens If You And Mike Don't Work Out?" 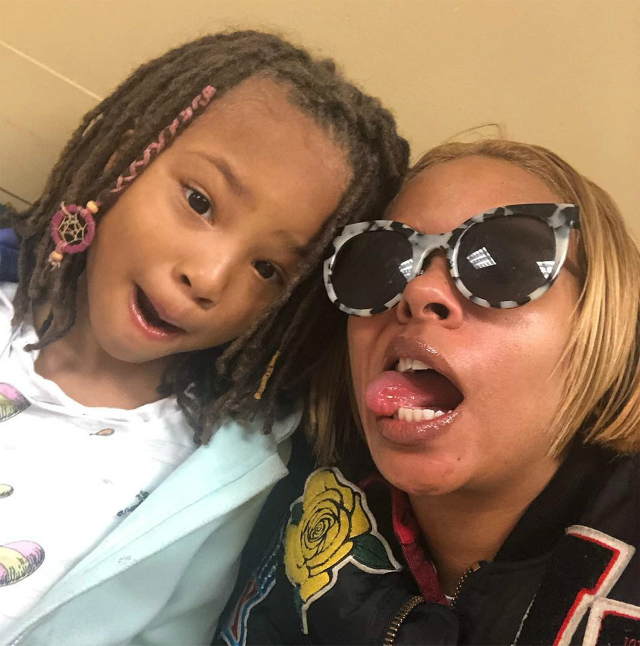 RHOA star Eva Marcille started a bit of a firestorm with her latest revelation that she changed her daughter Marley Rae’s last name from McCall to Sterling. Dozens of critics took to Instagram to scrutinize the Reality TV star for her decision.

For those unaware of the situation, Eva revealed that she changed her oldest child’s last name so that Marley could better identify with her stepfather, Michael Sterling. “Marley was born in 2014 and I gave her her biological father’s name,” Eva told her fans. “Long story short, we all have the name Sterling, and Marley’s the only one who has her biological father’s name,” she added. “So, I saw it necessary, and Mike saw it necessary, to change her name.”

#EvaMarcille recently changed her oldest daughter’s last name from McCall to Sterling. The Real Housewives of Atlanta star recently explained why she decided to give her daughter, #MarleyRae, her stepfather’s last name. #mikesterling #kevinmccall MORE ON SITE. LINK IN BIO

Some supported Eva in her decision. “That’s beautiful,” one social follower shared. “Congratulations to them.” Another fan was also supportive of Marley Rae’s name change so long as the little one’s biological father, Kevin McCall, was in agreement. Therein lies the problem.

Kevin McCall took to social media to respond to his ex-girlfriend changing their daughter’s last name. The celebrity father uploaded a certificate showing proof of his completion of a 12-week program about fatherhood. “What’s understood ain’t gotta be explained,” Kevin captioned.

RHOA star #EvaMarcille recently shared the process of changing her daughter’s last name during a recent segment on The Rickey Smiley Show. Now, #KevinMcCall is responding to the news of his daughter Marley Rae McCall’s last name legally being changed to Sterling, which is the last name of Michael Sterling, Eva’s husband. _________ In response, Kevin shared a photo on Instagram that showed proof of his completion of a 12-week course about fatherhood given by the #MyChildSaysDaddy Parenting Organization. Kevin added to the picture with the caption, “What’s understood ain’t gotta be explained.” ____ READ THE REST ON THE SITE. LINK IN BIO.

Kevin’s apparent opposition to his daughter’s last name going from McCall to Sterling has several critics in a bit of an uproar with their anger directed towards Eva. “So what happens if you and Mike don’t work out,” one critic asked. “That’s stupid as s—t,” the commenter added. “Women always do bulls–t out of anger.”

Another critic wrote, “That’s not right your husband is not her father leave her with her father’s last name … Regardless [of] what transpired between both her parents.”

BCK Asks: What do you think? Should a single mother change the child’s last name to that of the stepfather if the biological father? Share your thoughts!