"There Are Days For Fun" 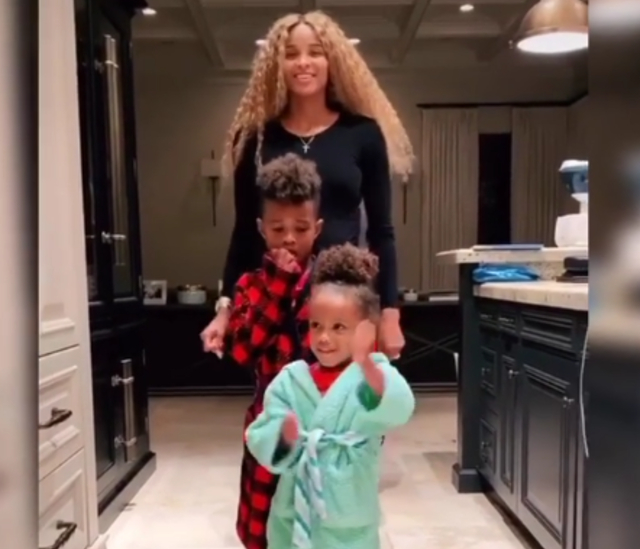 Ciara Wilson is living the good life with her husband, Russell Wilson, and Kids, Future Zahir and Sienna. The celebrity mom recently sat down with Extra to talk about her family and how she manages to maintain the balance between work, home, charity and more!

“Future’s first year of kindergarten happens this year and I’m so excited,” Ciara said of her oldest child. “It goes so fast,” the ‘Level Up’ singer admitted. “It’s honestly somewhat surreal, but it’s a really a big milestone for us. His sister has also been doing pre-K and a toddler program at school. It’s been fun not only taking him to school but her as well. It’s really sweet, and I go, ‘Oh, my gosh. They’re really growing up.'”

Some moms have to overcome the notion of separation when their kids reach school age. Ciara, however, embraces the fact that her son and daughter attend school.

“Putting them in school for me has been something I have always looked forward to,” the ‘Beauty Marks’ singer shared with Extra. “I like them to get out and do stuff; I am that kind of mom,” Ciara added. “I’m like, ‘What are we doing today, how can we maximize today?’ There are days for fun.”

Speaking of fun days, it was just last week that Ciara and Russell Wilson joined several other families in purchasing the Seattle Sounders. The new venture was a dream come true for Russell, who would like to own several sports teams after retiring from the Seattle Seahawks.

“We really wanted to be able to keep it here in Seattle, and really do something special here,” Russell said during a recent press event. “[We want] to continue to win championships, continue to make a difference,” he continued. “Obviously, sports mean a lot to this city,” Wilson concluded.

Ciara and Russell Wilson have one child, Sienna, together. Future Zahir is Ciara’s son from a previous relationship. Stay tuned for more celebrity family news!