"This Is Part Of The Problem" 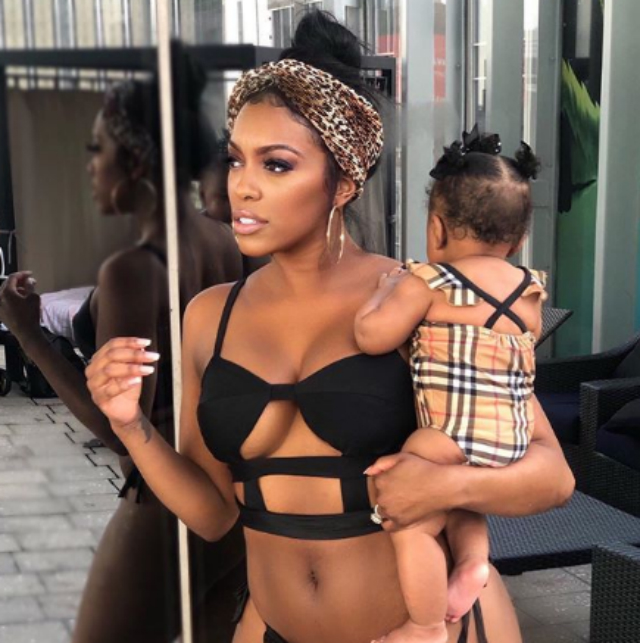 We cannot get enough of RHOA star Porsha Williams and her daughter, Pilar Jhena McKinley! The Reality TV star shared new pictures of her with her daughter on Friday (August 16), and poolside days definitely took precedence in the shots.

Both Pilar and Porsha rocked bathing suits in the series of photos. Baby Jhena was clearly all about that Burberry life as she rocked a bathing suit from the clothing brand. Porsha’s bathing suit was fierce and fabulous.

Many appreciated the style that the RHOA star rocked while hanging out poolside with her daughter. One fan, however, attempted to jokingly criticize Porsha by telling her to “cover up” until she loses “the baby fat.” Porsha did not let the slick comment go unchecked, but rather expressed her thoughts about the matter.

“This is part of the problem,” the Real Housewives of Atlanta star wrote online. “I should cover up at four months post-partum at a pool with my baby,” she asked. “I had a whole baby and love every roll of love, mark of bravery, and miracle stripe on my body,” Porsha told her fans.

Williams went on to give new moms a bit of encouragement. “Moms, love the new you,” Porsha advised. “Don’t let anyone shame you into being insecure about your mommy temple that created a little miracle. You’re awesome just the way you are!”

YARA SHAHIDI COVERS BRITISH VOGUE AS A "FORCE OF CHANGE"