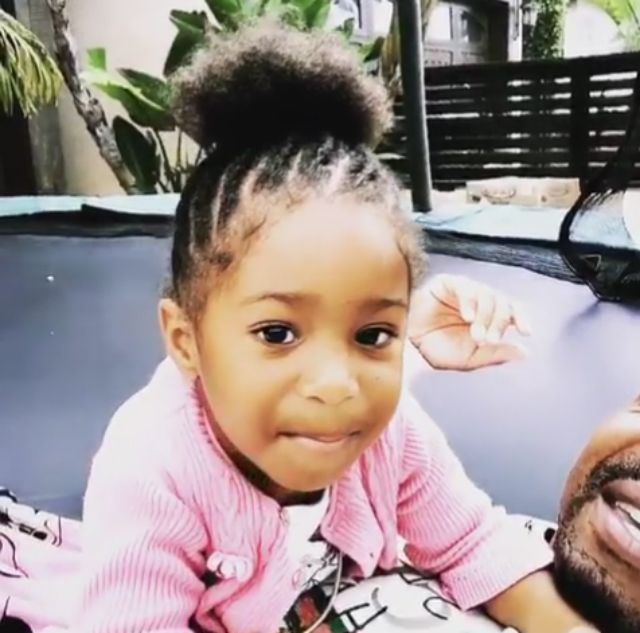 Stevie J is being labeled as “messy” after posting a video of his and Joseline Hernandez’s daughter, Bonnie Bella. Several fans have taken the Love & Hip Hop star to task over his recent social media post.

“What’s my name,” Stevie asked his daughter in the video. The celebrity father then told his daughter, “Say Steebie.” Bonnie Bella responded likewise. The youngster said other things in the video to the amusement of her father. “Good morning,” Stevie captioned underneath the video post.

More than 80,000 fans liked what they saw in the video clip. Some, however, criticized the post. “Look at ‘Steebie’ being [a] messy mane,” one critic said. Another follower noted, “Just how her mom says it.”

Some criticized Stevie while others praised the celebrity father. One fan, however, presented a neutral response that was Team Bonnie all the way. “Praying that the baby gets put first and allowed to be with both parents,” the follower said. “Sad situation to see played out in front of the world.”

Bonnie Bella is Stevie J and Joseline Hernandez’s only child. Joseline lost sole custody of her and Stevie’s daughter earlier this month after Stevie went to the courts accusing the mother of his child of disregarding the visitation schedule. Joseline told the courts that Stevie knew that she had a scheduling conflict that her daughter’s father knew about prior to the exchange.

Still, a judge favored Stevie J in the matter and issued an arrest warrant for Joseline unless she complied with the orders. Hernandez handed over her and Stevie J’s daughter in Florida. The celebrity mom lost sole custody of her little one until August 14, 2019.

What is next for Joseline Hernandez and Stevie J regarding their daughter, Bonnie Bella? We will have to keep watching the celebrity parents to find out! Stay tuned for more child custody news!

WENDY WILLIAMS STAYED WITH EX FOR YEARS FOR SAKE OF SON

WENDY WILLIAMS STAYED WITH EX FOR YEARS FOR SAKE OF SON