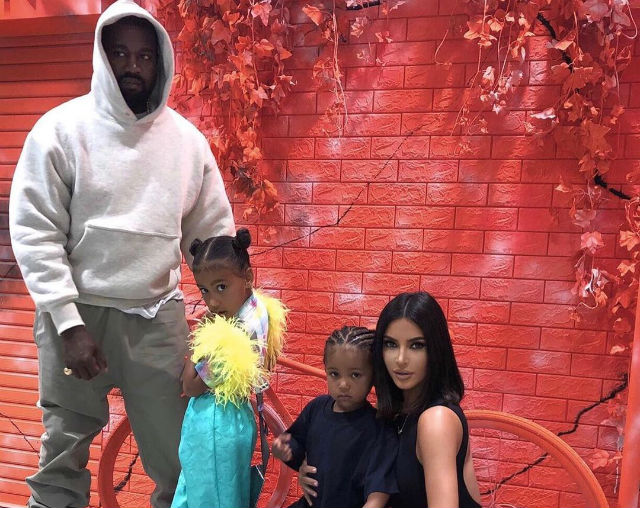 Kim Kardashian and Kanye West have spent a few summer days in Asia this summer. The Keeping Up With The Kardashians star and her husband’s latest adventure included a trip to Japan with their kids.

One candid showed Kim hanging with her son, Saint, and daughter, North. Little North struck a cute pose while standing beside her mom and brother who cuddled with one another. Another photo included Kanye West in the candid. The celebrity father stood beside his daughter while taking the picture.

Kim Kardashian and Kanye West welcomed their youngest son, Psalm West, earlier this year. Kim was admittedly nervous about having four children in the house. The KUWTK star, however, told her Twitter fans that she was worrying for nothing after welcoming her fourth child.

“I was freaking out for nothing because he is the most calm and chill of all of my babies so far and everyone loves him so much,” Kim tweeted. “He’s also Chicago’s twin,” the celebrity mom continued. “I’m sure he will change a lot but now he looks just like her,” Kim concluded.

Where will the Wests go on their next family adventure? We’ll have to keep up with the Kardashians to find out!