"I Have Never Arrived, I Am Always Becoming!" 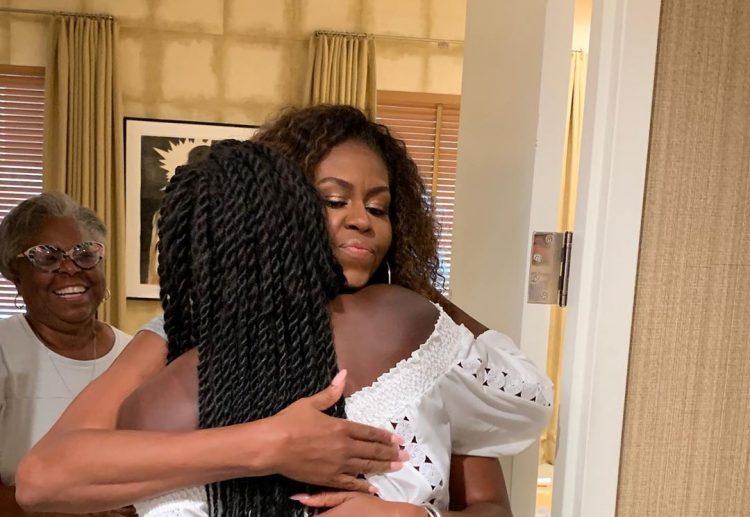 Dreams continue to come true for Coco Gauff. First, the rising tennis star beat her living icon, Venus Williams, at Wimbledon. Then, Coco met one of her off-court role models, Michelle Obama. The 15-year-old was sure to get a signed copy of Mrs. Obama’s book, Becoming, during the meeting earlier this week.

“Today I got to meet my idol @michelleobama,” Coco shared with her Instagram fans. “Her words and wisdom on my journey will stay with me on the court over the course of my career. She is a true inspiration. I have never arrived, I am always becoming! Thank you for your time.”

Coco Gauff beat the legendary Venus Williams during the Wimbledon tournament a few weeks ago. Venus congratulated the young star on her accomplishment and told the press that the sky was the limit for Coco.

“I kind of had a feeling I would play one of the Williams sisters, but I was still very shocked,” Gauff said of her competing with Venus at Wimbledon. “I didn’t believe it at first until I actually went on the Wimbledon app and looked at the draw,” she added. “A lot of people said, ‘Were you nervous, are you mad?’ I was like, ‘No, I’m super excited.’ It was always a dream of mine to play Venus, and I never thought it would be so soon.”

Coco Gauff was cut during the fourth round of this year’s Wimbledon competition. There is no telling how far this young star will go in the coming years. Stay tuned for more celebrity kids news!