"Not One Of Y'All Wished Him A Happy Birthday" 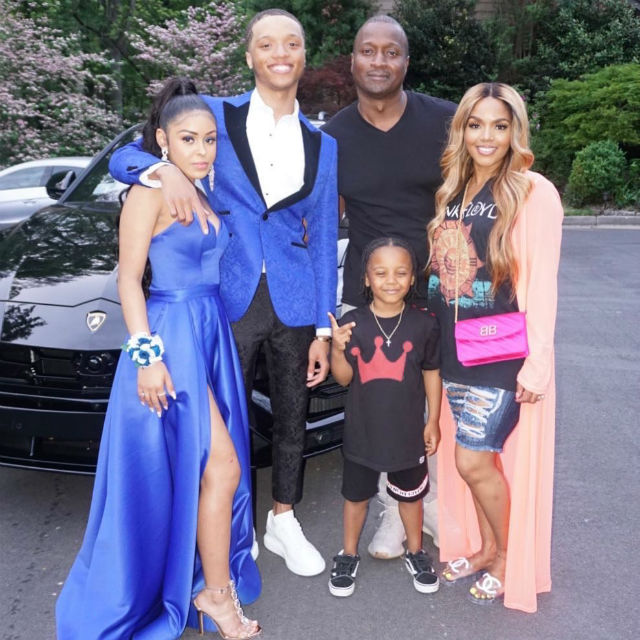 Jasmine Washington, the mother of Kirk Frosts 2-year-old son Kannon, is calling her child’s father and his wife out for what she believes is a scripted life. The 28-year-old took to social media after the latest episode of Love & Hip Hop Atlanta aired to share her thoughts on the scene in which Rasheeda lost her cool after seeing text messages between Kirk and Jasmine.

In the scene, Rasheeda gains access to Kirk’s phone after her device dies. The celebrity mom ultimately scrolls through her husband’s phone and comes across recent text messages between Kirk and Jasmine. Rasheeda is livid that Kirk is “back” in communication with his former mistress and confronts him on the issue. The celebrity mom’s main problem, according to the clip, is that Kirk failed to tell Rasheeda that he and Jasmine still talk. “That makes me feel like I can’t trust you,” Rasheeda tells Kirk.

Some LHHATL fans slammed Kirk for failing to keep an open line of communication. He, after all, did cheat on his wife with the mother of his youngest son. Still, there were some viewers who called out the scene for being scripted.

“Why you ask to take a picture but go through [his phone],” one critic asked. “This is scripted,” the viewer concluded. Another fan wrote, “So fake. I hate this couple! I’m tired of Rasheeda and Kirk’s storyline. All he do (sic) is cheat.”

Dear Rasheeda, sis you are a whole clown and you still don’t get it. Still out here blaming the woman more than your own HUSBAND! #LHHATL

Jasmine Washington also called out the scene as being scripted. In fact, Kannon’s mom took the discussion a step further by accusing Kirk Frost and Rasheeda of being nothing more than TV parents.

“I was told I was uninvited to do the reunion because I no longer allowed these two to film with my son and act as if they really be spending time with him in real life. So why am I even being discussed when I’m not there to defend myself or tell my side? Fake af,” Jasmine wrote in an Instagram post.

🌴👀🌴 Mother of Kirk Frost's Son Kannon Jasmine Bleu was NOT here for how Rasheeda and Kirk portrayed her or her parenting. She also says the storyline of Rasheeda an Kirk "argument" or her texting him is a LIE because she STILL doesn't have his direct number…they aren't even wishing the baby a HBD she says…. Sis had time today…🍵🍵 #Tea #SpillTheTea #JasmineBleu #KirkFrost #Rasheeda #LHHATL #VH1 #HadTime #KannonFrost #AbsentFather #FakeStory #TheChattyBlogger

“They are TV parents,” Washington continued. “I expect Kirk to be there like a f–king father,” the mother explained. “Let’s start there. I don’t ask for much! But surely you can take out an hour of your ‘busy schedule’ to see him for his birthday or pick him up for example. D-mn, maybe even a 30-second phone call from your daughter’s phone to wish him a happy birthday? Is that me wanting y’all to change your ‘structure’? Is that me expecting you to be there like we’re in a relationship? Not one of y’all wished him a happy birthday but act so concerned about everything else when the cameras [are] rolling.”

Toni Braxton spent Mother's Day with her sons, Diezel and Denim, on Sunday (May 9)....

Lauren London celebrated Mother's Day with her sons with Lil Wayne and Nipsey Hussle. The...