"My Name Is Papi And I Never Understood" 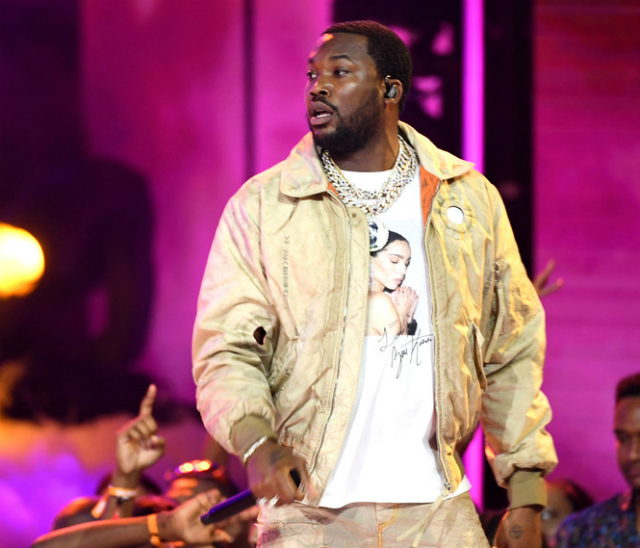 Meek Mill’s son, Rihmeek Williams, is following in his father’s footsteps. The 9-year-old took the stage with his dad during Meek’s show in Philadelphia.

Rihmeek was not afraid to address the masses. The youngster engaged in a bit of freestyle in which he said, “My name is Papi and I never understood,” the youngster said. Rihmeek said a few other things as the crowd cheered. We can only imagine the warmness that Meek felt in his heart while watching his son handle the crowd.

Rihmeek got in a bit of practice on how to connect with the crowd while his father was incarcerated last year. One of Meek’s celebrity friends invited Rihmeek onstage to greet the crowd and participate in the show. Rihmeek was amazing back then and he showed himself to be an incredible performer-in-the-making this past weekend.

Meek Mill has in the fight for criminal justice reform since his release from prison several months back. One personal victory for the rapper came last week when a Pennsylvania judge overturned his drug conviction from 11 years ago. The conviction, handed down to Meek when he was 18-years-old, led to Meek agreeing to a 10-year probation sentence, which the rapper was charged with violating last year.

“The past 11 years have been mentally and emotionally challenging, but I’m ecstatic that justice prevailed,” Meek said in a statement. “Unfortunately, millions of people are dealing with similar issues in our country and don’t have the resources to fight back like I did. We need to continue supporting them,” he added.