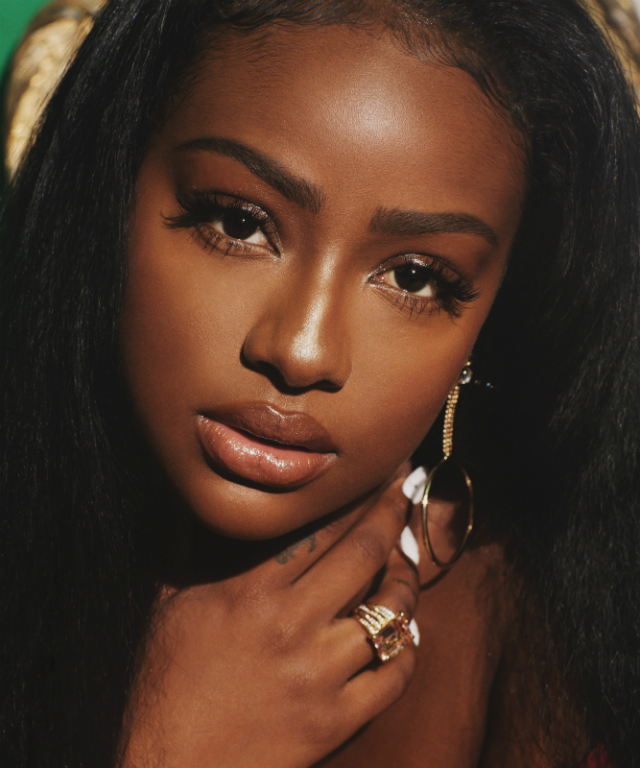 Those who love TALES on BET are in for a treat! Justine Skye stars as Violet on the upcoming episode inspired by Cardi B’s ‘Bodak Yellow.’

My episode of @talesonbet and my acting debut comes on tonight @ 9/8c on @bet make sure you’re tuned in. I’m nervous af though!
If you don’t have cable, go to your aunty house or something, lmao. Whatever it is, just don’t miss out pic.twitter.com/VE7fL9YcFy

For those who do not know, TALES is a series that uses some of your favorite songs in R&B and Hip Hop as the foundation for episodes. This Tuesday’s episode is based on ‘Bodak Yellow,’ which topped the Hot 100 Billboard chart for three consecutive weeks in 2017.

“Looking at Cardi B is inspirational because she beat all the negativity, all the stigmas that people had against her,” Justine tells BCKOnline.com of the ‘Money’ rapper. “She didn’t let that discourage her,” Skye says of Cardi B. “She continued to work hard, and I think that is so amazing.”

Another thing that is pretty amazing is Justine’s latest chapter in show business, which includes acting. “I was extremely nervous filming it and then I got super confident halfway through filming it,” the celebrity, who began her career in music on Tumblr, admits. “I’m just very anxious and excited to see what people say.”

Despite the ideology that words cannot hurt being a main go-to for bullies, Justine understands the power of words, especially on social media. “I know we’re living in a very sensitive now when it comes to certain things,” Skye tells us. “What you say online can really affect someone in the real world,” she explains. “In this day and age, everyone thinks everything is a joke until it’s actually happening to them. I pray that the world becomes a [more kind] place.”

Catch Justine Skye on tonight’s episode of Tales – starring Justine Skye along with Romeo Miller and Rasheeda – on BET at 9/8c!