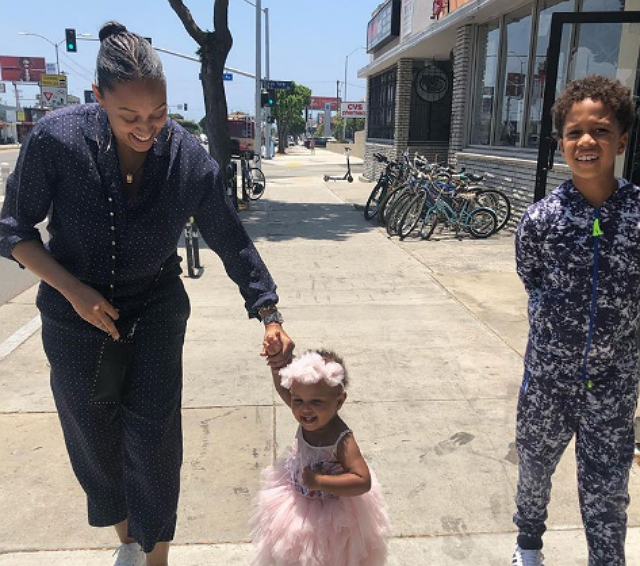 Tia Mowry has started a debate online about child spanking. Some praise the Family Reunion star for choosing other means of discipline outside of using a belt to get her kids in line. Others, however, wholeheartedly agree with the notion of the “rod” being necessary and, thus, strongly disagree with Tia’s parenting tactic.

For those who do not know, Tia stopped by The Breakfast Club to promote her new Netflix series, Family Reunion, a few days ago. The actress touched on the subject of discipline when explaining how her parenting ideologies differ from that of her twin sister, Tamera Mowry.

“I have the non-traditional parenting styles and my sister is very traditional,” Tia shared. “I grew up being spanked,” the celebrity mom explained. “It’s awesome and it’s great to an extent if that’s the way you want to parent.”

“But I see it differently as … if you’re spanking your child, in my opinion, it’s because of you and where you are in your headspace. You’re impatient and just want to get things done, over with. Whereas I feel like if you don’t [spank them] then it takes more time. You have to talk to them. You have to explain. But there is, in my opinion, a better outcome.”

Some applauded Tia for finding alternative means to rear her kids. “I got whooped all the time,” one fan shared. “I don’t do it to my child because I agree with Tia. It’s mainly based on the parents’ frustration.” Another supporter wrote, “Yes, it makes you have self-control.”

Interestingly enough, one critic of Tia’s responded in a manner that proved the actress’ point. “She’s overthinking it,” the critic said. “It’s just simply a form of conditioning … Do something bad pain will follow. Most times we don’t even FEEL like spanking kids. You just know it’s most times the quickest way to get them to learn the lesson.”

Another critic brought up the notion of single motherhood in which the mother is rearing boys. “Boys who are being raised by single moms especially have to be spanked because after like 3 or 4 [years old], there’s nothing a woman can say to a little boy to get him to stop screaming in the store, hitting, biting, etc. Even when boys grow into men, they often do not respond to the things a woman says.”

JOSELINE HERNANDEZ AND STEVIE J'S DAUGHTER IS ONE FASHIONABLE CUTIE