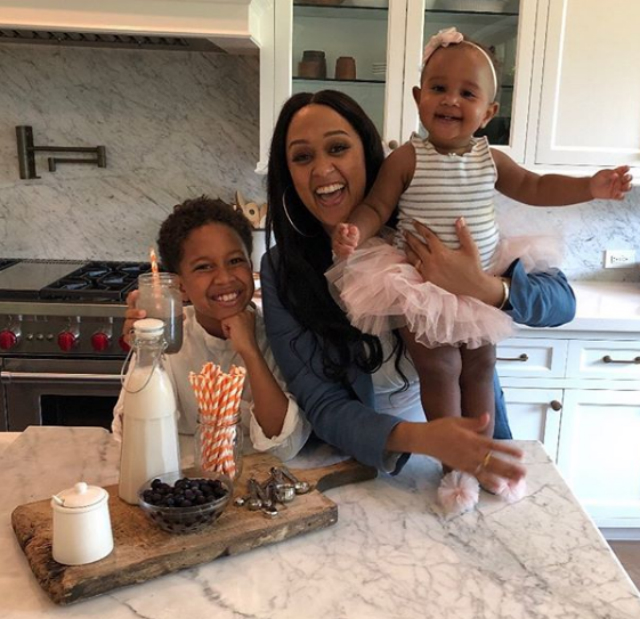 Tia Mowry does not spank her kids. The Family Reunion’s twin sister, Tamera Mowry, on the other hand, is a different story.

On the move. Man, my children motivate me. Thank you for choosing me to be your mother. 💕

“I have the non-traditional parenting styles and my sister is very traditional,” Tia said during a recent interview with The Breakfast Club. “But you know, we learn from each other,” she explained.

Tia has told media before that she is a fan of co-sleeping while Tamera believes in a more detached approach. While some may praise Tamera for her parenting habits while scorning Tia as one who is too liberal, it is important to understand why Tia prefers other means of discipline over the rod.

This girl 💞 Twins in our top knots

“I grew up being spanked,” The celebrity mom admitted. “It’s awesome and it’s great to an extent if that’s the way you want to parent,” Tia added. “But I see it differently as … if you’re spanking your child, in my opinion, it’s because of you and where you are in your headspace.”

The actress further explained, “You’re impatient and just want to get things done, over with. Whereas I feel like if you don’t [spank them] then it takes more time. You have to talk to them. You have to explain. But there is, in my opinion, a better outcome.”

BCK Asks: Do you believe in the saying, “Spare the rod, spoil the child”? Or, do you follow Tia’s approach by finding other ways to discipline your children? Share your thoughts with us!