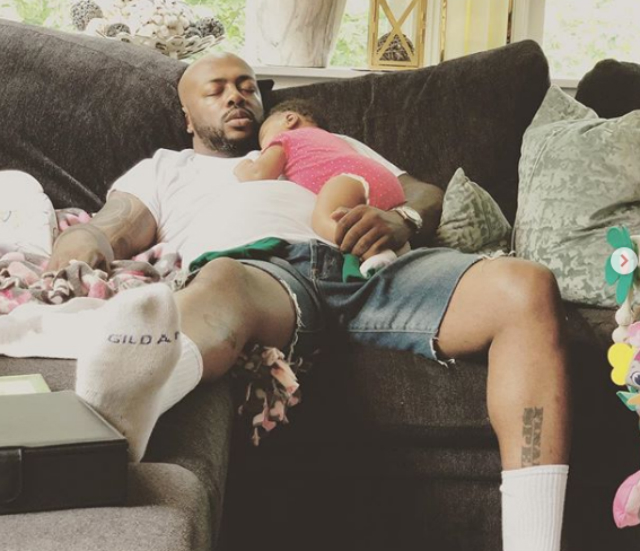 Dennis McKinley and Porsha Williams’ baby, Pilar Jhena (PJ), is getting all of the love on Instagram. The little one’s precious moments with her father are stealing hearts online as rumors of Porsha and Dennis’ breakup begin to settle.

I can’t get enough of your love PJ ❤️ @pilarjhena

One video of Dennis and baby Pilar is especially cute as it shows the celebrity father sleep while holding his daughter. Pilar rests soundly in her father’s arms as Porsha films the beautiful scene. “Daddy naps,” the caption read. Porsha also shared a close-up of her daughter and Dennis resting at home. These two are too cute!

There has been much speculation surrounding Porsha Williams and Dennis McKinley’s relationship. Many believed that the couple called it quits after Porsha unfollowed her then-fiance online. The rumors began picked up even more steam when pictures of Porsha and Pilar at Shamea Morton’s event surfaced. Many noticed that the Real Housewives of Atlanta star was no longer wearing her engagement ring and concluded that Porsha and Dennis had ended things.

Regardless of the status of their intimate relationship, it is clear that Porsha and Dennis’ focus is on their daughter. “I no longer worry about me,” Dennis recently shared with the public. “I’m no longer number one,” he added. “I know that I have a baby at home that I need to provide for,” he concluded.

WHO IS CORI GAUFF? 5 THINGS YOU NEED TO KNOW