Home » NEWS » WHO IS CORI GAUFF? 5 THINGS YOU NEED TO KNOW

WHO IS CORI GAUFF? 5 THINGS YOU NEED TO KNOW 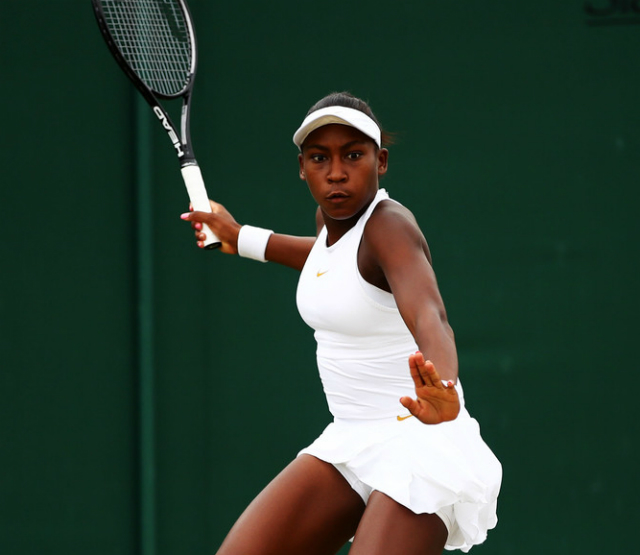 Cori Gauff upset the Wimbledon arena on Monday (July 1). The 15-year-old beat out her idol, Venus Williams, in the first match of the tournament. The loss was certainly an upset for Venus. Cori, however, counted her victory as nothing short of a monumental moment in her career.

“Honestly I don’t really know how to feel,” Gauff told the press after her surprise victory. “This was the first time I ever cried after a match,” the teen added. “While winning, obviously. … I never thought this would happen. I’m literally living my dream right now. And not many people get to say that. I’m just happy that Wimbledon gave me the opportunity to play.”

So who is this teenager who beat the legendary Venus Williams at Wimbledon? Read on to learn a few fast facts about Cori Gauff!

1. Cori is originally from Atlanta

The rising tennis star was raised in Atlanta. She moved to Delray Beach, Florida, for more opportunities in tennis.

2. Cori has been playing the game for 8 years

She is only 15-years-old, but Cori has been playing the game of tennis since she was 7-years-old. The young star was selected by Serena Williams’ coach, Patrick Mouratoglou, for training in his Champ Seed Foundation. Such an opportunity led to Gauff learning under Mouratoglou’s guidance in Nice, France.

3. Cori has idolized Venus Williams since she was a young girl

“I wouldn’t be here if it wasn’t for her,” Gauff said of Venus after defeating the legendary player at Wimbledon. “I was just telling her that she’s so inspiring. Like, I always wanted to tell her that.”

4. Cori is the youngest to qualify in the professional arena at Wimbledon

The 15-year-old was also the youngest finalist in the girls’ singles event at the U.S. Open. Cori won the Junior Roland Garros (French Open) last year, too, which was another first in terms of her age and skill.

The teen signed with New Balance in October 2018, which was her first multi-year sponsorship contract. Gauff signed with Barilla in March 2019.

'JUMANJI: THE NEXT LEVEL' IS LIKE NOTHING YOU HAVE EVER SEEN BEFORE!