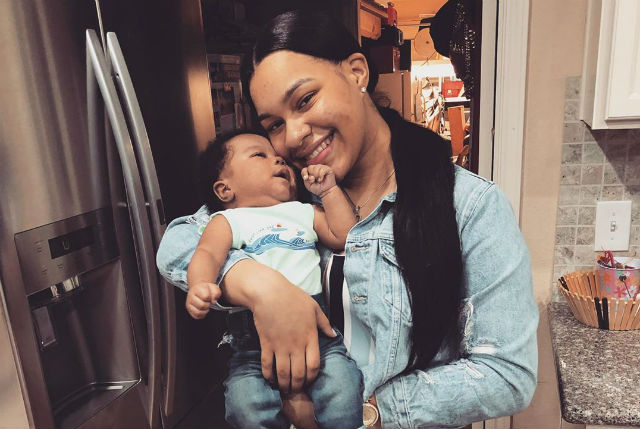 Megan took to Instagram this week to share photos of her baby boy. “Carson D. Crawford. He literally stole my heart!” she captioned of one photo.

Just last November, it was revealed that Crawford had welcomed a daughter with a woman named Seaux Gabby. Gabby took to her Instagram on November 30, 2018 to announce that she had welcomed a baby girl named Miss Celine Jolie Crawford. “So thankful for my beautiful angelic babygirl. Still in awe, can’t believe we created someone so perfect,” Gabby wrote.

Carl, who already has one son with Evelyn Lozada and two children with a woman named Amy Freeman, has yet to confirmed that he has fathered two children who are months apart.