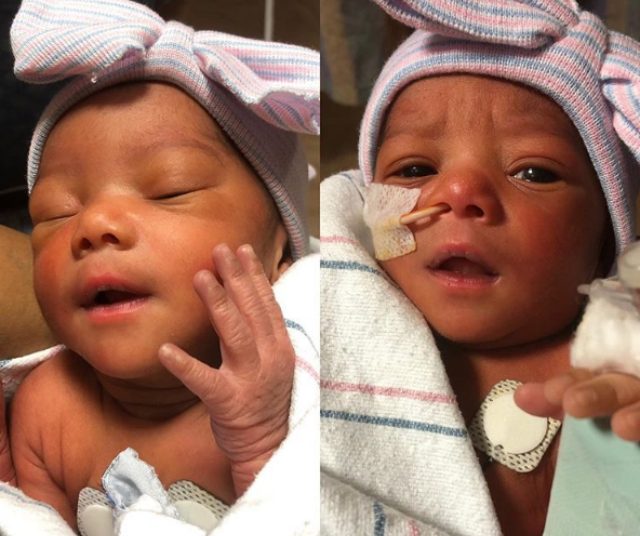 Erica Dixon took to Instagram this past weekend to share a picture of her twins, Embrii and Eryss, for the first time. The celebrity mom acknowledged that she has been busy and told fans that she likely would not share many candids of her daughters on social media.

This will probably be the only pic of them I post but here are my tiny tots fresh out the womb. I’ve been so busy with them and juggling everyday life that I realized I haven’t taken any new pics of them. Mamas babies #Embrii💜Eryss

Erica Dixon surprised fans with news of her expectancy a few months back. The Reality TV star welcomed her daughters in May but had to leave Embrii and Eryss in the Neonatal Intensive Care Unit (NICU) until they were ready to come home.

“Today was one of the most difficult days of my life,” Dixon told her Instagram fans. “I have been blessed with two beautiful baby girls, but to have to leave them [in NICU] just tore me apart,” she added. “Praying they can come home sooner than later. I’m missing them so much already.”

Erica Dixon shared a candid of her daughters online along with the names of her twins. The celebrity mom, however, is not yet ready to reveal the father of her children. Dixon was recently quite blunt with a social media fan who asked her about the identity of her twins’ father.

Christophe Kyle is proudly supporting a local Black-owned business and writing phenomenal reviews that are...