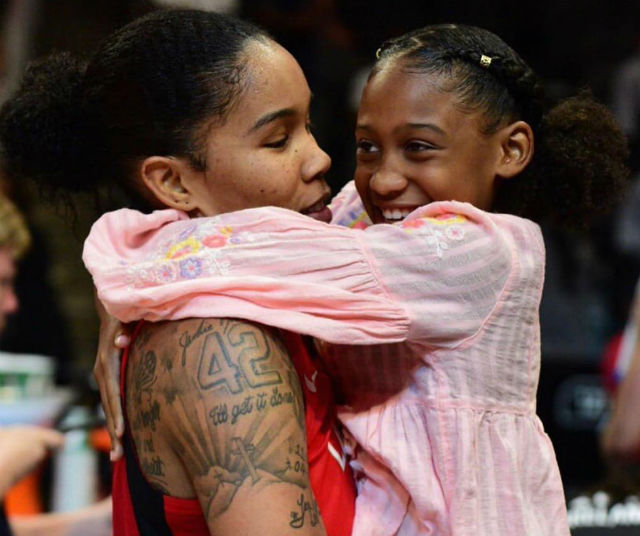 Mimi Faust was all smiles after watching her girlfriend Tamera “Ty” Young’s team, the Las Vegas Aces, defeat the Atlanta Dream in a game of basketball on Thursday. “Great game my love @tyyoung11 and awesome team win. Let’s Go Aces,” The Love and Hip Hop star wrote on her Instagram.

Mimi was joined by her daughter Eva Giselle Jordan, who ran to Ty right after the game and gave her the sweetest and the biggest hug. The whole moment was captured on video.  “Best feeling after our win in Atlanta ,” Ty captioned of the clip.

Faust and her WNBA girlfriend have been dating for a few years now and the two appear to have created their own little family with Mimi’s daughter Eva. The only problem is that Eva’s dad, Stevie J, is not so fond of Tamera.

The music producer and reality television star recently left a comment under one of Ty’s posts after the WNBA player posted an “usie” photo of her and Mimi and Stevie’s daughter. 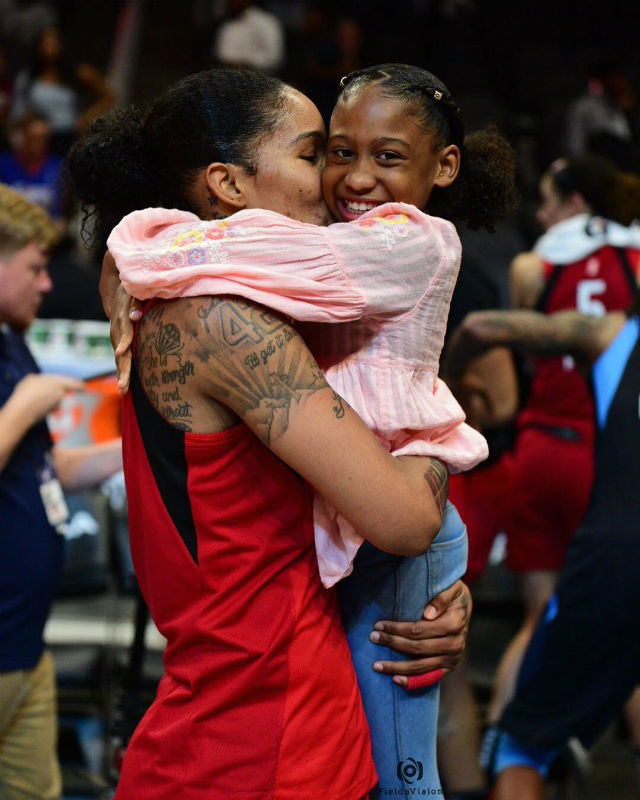 Stevie commented, “Y’all should adopt”, suggesting that Ty adopt a child with Mimi Faust. Ty, in turn, accused him of being an “Instagram dad.”

She replied, “Adopt Eva? Yes she did say I’m like Mommy #2… So you mad at me bc you left your family years ago and now your baby mama #4 and daughter are love??!!! Be mad if I’m mistreating your daughter.”

She continued, “My ovaries work fine though I’ll carry our new baby and Eva will have a sibling in the house and you can continue to be an Instagram daddy and ONLY spend time with Eva when you have to film for TV like you been doing.” 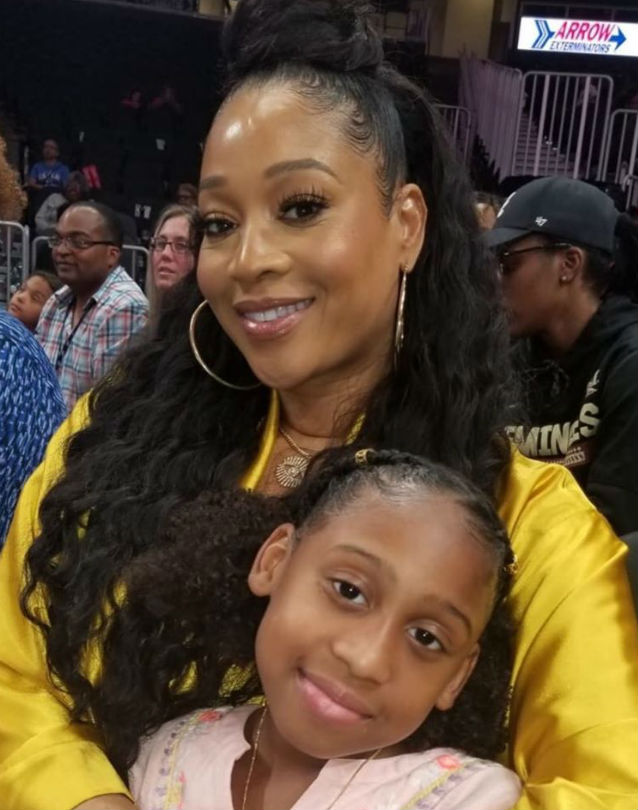 Stevie J then responded, “Was actually saying you 2 should adopt your own kid in a good way but never speak on my daughter again.” He added, “I love all of my children & they love me Stevie Wonder can see that.”

Stevie Wonder can also see that these two don’t get along, but for the sake of Eva, we hope they learn how to.