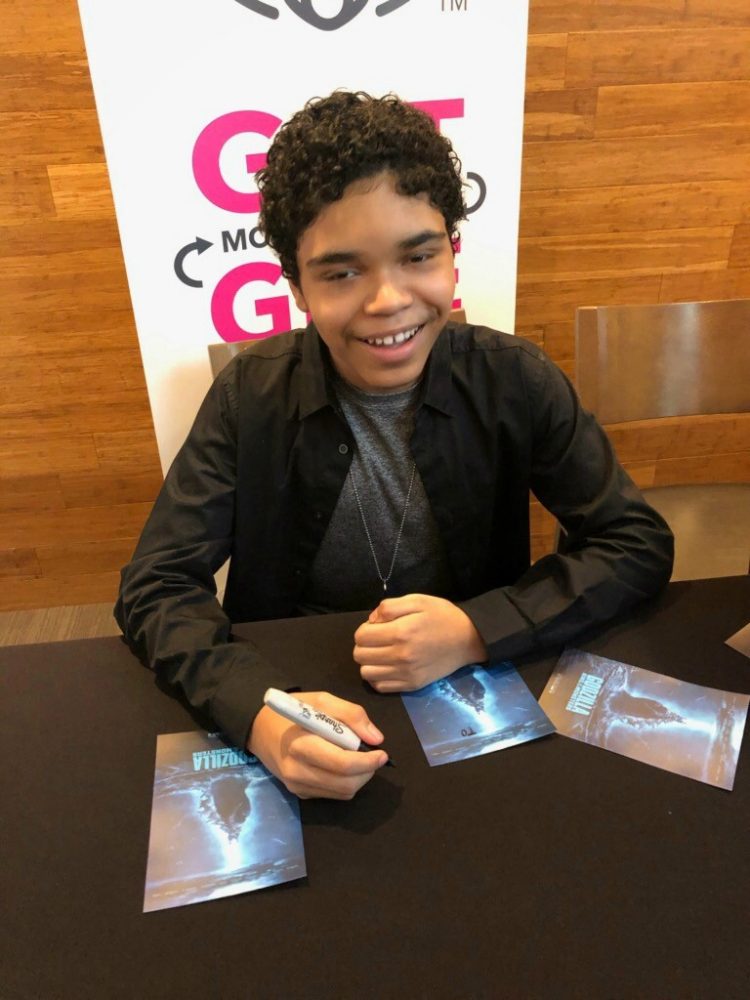 A post shared by Godzilla: King of the Monsters (@godzillamovie)

Actor/model, Gabriel L. Silva, who also puts in a special flying appearance in in the film, joined Godzilla fans, friends, and family at Studio Movie Grill in Pearland, TX to watch the blockbuster with moviegoers in addition to signing a few autographs.

“It was fun to see everyone’s reaction to the movie on the big screen,” comments Silva an exclusive statement to BCKOnline. “I really did enjoy seeing the finished product. I think everyone will enjoy the movie and definitely see it multiple times. Godzilla: King of the Monsters is going to be an epic summer hit.”

Godzilla: King of the Monsters follows the story of the crypto-zoological agency Monarch as they face off against a battery of god-sized monsters, including the mighty Godzilla, who collides with Mothra, Rodan, and his ultimate nemesis, the three-headed King Ghidorah. Godzilla is one of pop culture’s most noted monsters but, that hasn’t stopped fans from loving and cheering for the oversized kaiju as if he were bran new to the big screen.

Godzilla: King of the Monsters is out in theaters world-wide. Just in case you have missed the many previews that have hit the airways building up to the release, check out the trailer below and get a sneak peek of the heart-pounding action that Silva joins in on onscreen. Does he make it or does he fall fate to the monster? We won’t tell! You will just have to go see for yourself in a theater near you!