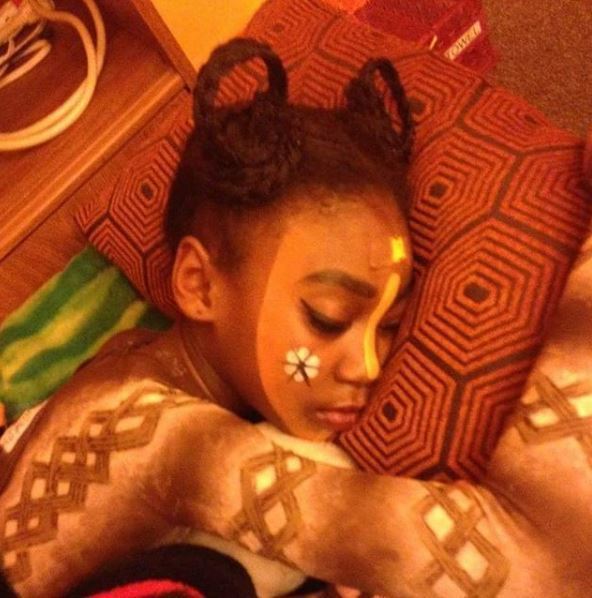 You definitely know her from Jordan Peele’s breakout movie, Us; however, what you may not know is that the talented 13-year-old Shahadi Wright Joseph is about to star in yet another box office breaker—The Lion King live action reboot.

At just nine-years-old, the talented young actress was noted as one of the youngest actresses to play Nala in the Broadway version of The Lion King. Joseph continued her stint on Broadway as one of the original cast members of School of Rock, in addition, Joseph got the opportunity to perform alongside Jennifer Hudson and Ariana Grande in NBC’s Hairspray Live!

To find out what this busy rising star is up to next and hear more about her upcoming project, The Lion King, Popsugar.com had the opportunity to sit down for a one-on-one. Check out her interview in its entirety as printed on Popsugar.com.

#tb Four years ago, I was in one of the best shows on Broadway…#TheLionKing . Who knew how much that was going to change my life? What's your experience? July 19. 2019 @TheLionKing @disney #hakunamatata #youngnala #cublife

On her initial reaction to being cast as young Nala in The Lion King reboot:

It was crazy. My whole family and I were screaming and jumping, and it was a lot, but we were just so excited.

When you’re doing voiceover work, you have to put all of your energy just into your voice without having body language to support that. So it was a little bit more challenging than when I was on Broadway because when you’re on stage, you can move around and you can actually see the person talking to somebody else. What I learned from the voiceover was that I could really try and put all of that confidence into my voice so that young Nala can sound authentic.

It wasn’t a traditional voiceover booth that I had to work with. I actually worked with JD McCrary, who plays young Simba. We were in a room together, and we could actually move around, so that was fun because we could change things. We could go back. We could correct any mistakes. And you can really see the connection between us.

On whether she has met other big stars in the film, like Beyoncé or Donald Glover:

Unfortunately, I haven’t. I’ve only met JD. But I’m excited to meet everybody else.

On being cast in the same movie as other big names:

It’s kind of crazy and a little bit overwhelming. There’s a teensy bit of pressure just from how iconic The Lion King is. But it’s mostly exciting.

On why fans of the original Lion King film should look forward to the most about seeing the new live-action version:

I think they’ll be really excited about the new animation because there’s going to be more feeling into it now that the animation is so much bigger and so much better.

Read the rest at Popsugar.com.