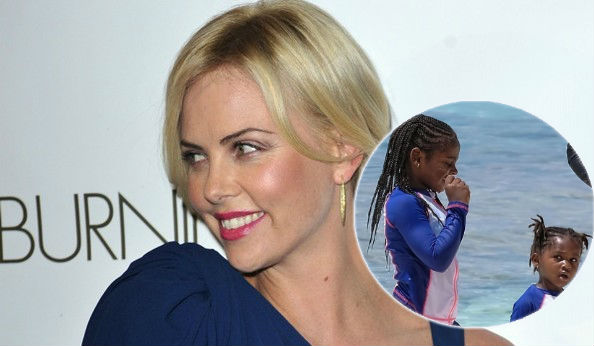 Charlize Theron raised eyebrows today when she confirmed that one of her kids is transgender. The actress revealed that her seven-year-old son, Jackson Theron, identifies as a girl. Since Theron’s revelation, many people have taken to the web to inquire about Jackson and his sister August. Below we answer some of your burning questions!

1. When did Charlize Theron adopt her kids?

Charlize adopted Jackson in March 2012 and August in July 2015. As a matter of fact, adoption was always Charlize’s plan. “I’ve always wanted to have kids and I’ve always known that I would adopt at least one. Even if I’d been in a relationship or had had kids of my own, I’d always known this was a route I was going to go,” she has said in an interview.

2. What are Charlize’s kids ages?

Jackson is seven years old and August is three.

3. Are both Charlize’s daughters transgender?

No, only Jackson is transgender. In an April 2019 interview, Charlize confirmed that she is raising her son, Jackson, as a girl. The actress told media that Jackson identified herself as a girl at just 3-years-old.

“Yes, I thought she was a boy, too,” Charlize shared. “Until she looked at me when she was three years old and said: ‘I am not a boy!’” It was from that day on that Charlize chose to respect the wishes of her little one.

“So there you go,” she exclaimed. “I have two beautiful daughters who, just like any parent, I want to protect and I want to see thrive.” Theron continues, “They were born who they are and exactly where in the world both of them get to find themselves as they grow up, and who they want to be, is not for me to decide.”

Charlize is not married and she is a single mother. She co-parents with her mom, Gerda Maritz. “I knew that I would have to have my mom help me if I was going to do this as a single parent. To not acknowledge her in co-parenting my children would be a lie,” Theron told ELLE in a 2018 interview. “I’m so lucky to have that. I would feel pretty alone if I didn’t have a partner in crime in all of this.”

Charlize Theron’s two children are indeed Black and the actress is making sure that her kids know “where they come from and be proud of that.”

She added in an interview with Elle, “But they’re going to have to know that it’s a different climate for them than it is for me, and how unfair that is. If I can do something about that, of course I’m going to.”