Home » NEWS » R KELLY KELLY ON ‘CBS THIS MORNING’ : ‘I’M TRYING TO HAVE A RELATIONSHIP WITH MY KIDS’

R KELLY KELLY ON ‘CBS THIS MORNING’ : ‘I’M TRYING TO HAVE A RELATIONSHIP WITH MY KIDS’ 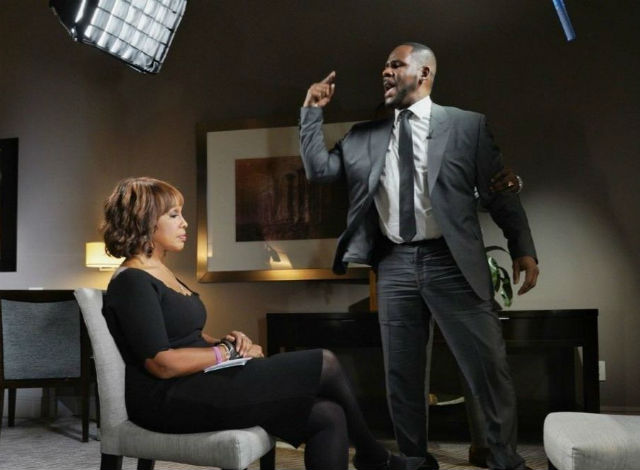 R. Kelly is trying to have a relationship with his three kids but says that he is unable to because of all of the negative press. The ‘ I Admit’ singer recently sat down with Gayle King of CBS This Morning to clear his name and declare that all of the accusations against him are false. Kelly’s interview was explosive, to say the least.

R. Kelly denied accusations of him having a basement in his home in which girls and women were held against their will. He also said that claims of him having a harem or leading a cult were not true. “I don’t even really know what a cult is,” the singer said, “but I know I don’t have one.”

When #RKelly jumped up Auntie Gayle sat back there like pic.twitter.com/uVwZBz0X41

What is true, according to Kelly, is that the recent scandal and subsequent arrest have kept the celebrity father from building a relationship with his three children. “This isn’t about music,” Kelly told Gayle King. “I’m trying to have a relationship with my kids and I can’t do it! Y’all just don’t want to believe the truth! You don’t want to believe it!” Kelly concluded.

One has little choice but to question such a statement in the light of Joann Kelly, oldest daughter of R. Kelly, recently revealing that she hasn’t spoken to her father in years.

“Unfortunately, for my own personal [reasons] and for all my family has endured in regards to him, his life decisions, and his last name, it has been years since my siblings and I have seen and or have spoken to him,” Joann shared. “In regards to my mother (Andrea Kelly), she for the same [reasons] and more, has not seen or spoken to my father in years.”

If he doesn’t pay it, the judge can throw him back in jail. #RKelly