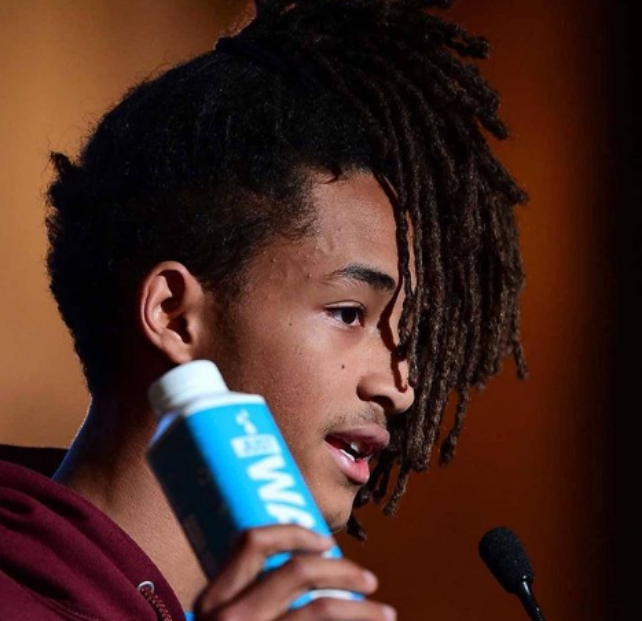 Jaden Smith and his foundation, 501CTHREE, are teaming up with First Trinity Missionary Baptist Church to bring clean water to Flint, Michigan. The ‘Icon’ artist and his mom, Jada Pinkett-Smith, were in attendance at the new filtration system’s launch held at First Trinity last week.

“I’m really excited,” Jaden said at the ceremony. “[I] Love Flint,” the young star continued. “I’m so excited for the water bottles.”

Jaden Smith used the resources of his foundation and company, JUST Water, to create a portable filtration system, called “The Water Box.” The system filters out the lead, which has plagued the city’s residents since 2014.

The Flint water crisis began in April 2014 when municipal officials decided to switch the drinking water source from Lake Huron and the Detroit River to the cheaper and more toxic Flint River. There have been 12 reported deaths related to the lead present in Flint’s drinking water since the crisis began. Dozens of more residents live with Legionnaires’ disease, which is a direct result of the lead found in Flint’s water.

First Trinity Missionary Baptist Church has been on the frontlines since the crisis broke out. The church has consistently provided bottled water to residents but admits that donations have thinned over the years. First Trinity’s new partnership with Jaden Smith will help the church continue to make a positive impact on the community.

“This has been one of the most rewarding and educational experiences for me,” Jaden told the press. Pastor Ezra Tillman of First Trinity Missionary Baptist Church also said, “We are committed to serving the community in which we worship in.”