"I Wanted Her To Have A Black Doll" 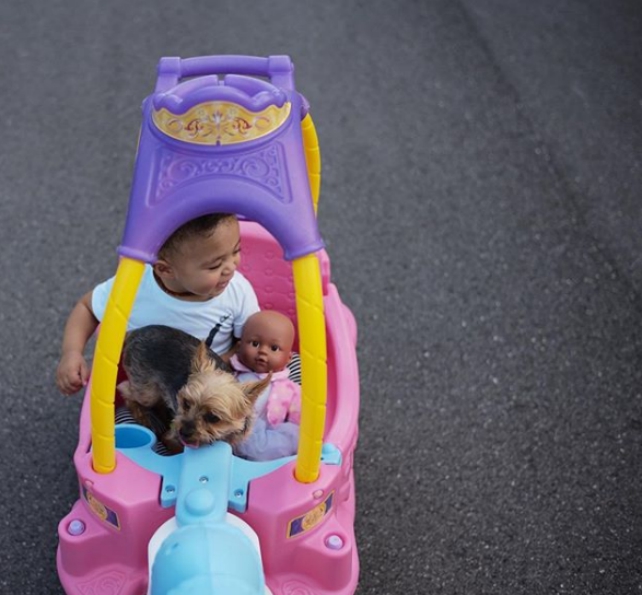 Qai Qai, Alexis Olympia’s doll and Serena Williams’ “granddaughter,” is of European and African descent. Serena Williams recently told the media that it was very important for her daughter’s first doll to be Black.

“I wanted her to have a black doll,” Serena revealed. “Growing up, I didn’t have that many opportunities to have black dolls. And I was just thinking, like, I want her first doll to be black. And her heritage, obviously she’s mixed, she’s Caucasian and black, but I feel like that was her first doll and I said her second doll would be Caucasian.”

Qai Qai is quite the popular toy online. Not only does the doll have an Instagram page that grows in popularity by the day, but Qai Qai is also one that travels with her mom, Alexis Olympia. So far, Qai Qai has supported her grandmother during the Australian Open all while enjoying a bit of sight-seeing in town.

Qai has also received a bit of attention from her grandfather. Alexis Ohanian Sr., however, doesn’t quite seem to understand the persona of Qai Qai. We think he may still believe that Qai is nothing more than a doll. She is so much more, though!

Serena Williams understands the significance of toys such as Qai Qai and how they can impact a girl’s perception of herself. Such is the reason why the tennis champion was adamant about giving her daughter a toy that looked like little Alexia Olympia.

“I definitely want to always teach her love and teach her just basic human,” Serena said of values she hoped to instill in her daughter. “Humans should always have love for each other, no matter what color they are,” Williams concluded.

What other adventures will Qai Qai explore? We’ll have to keep watching to find out!