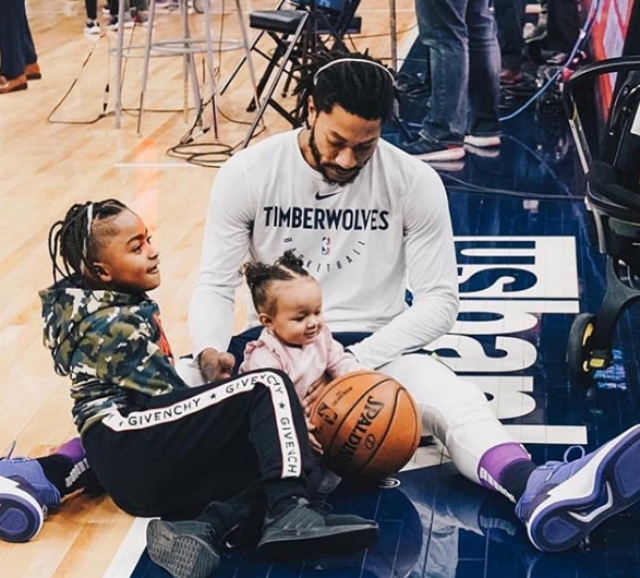 NBA star Derrick Rose of the Minnesota Timberwolves had the support of his daughter, Layla Malibu Rose, and son, PJ Rose, during a recent basketball game. The Rose kids watched as their dad reached incredible milestones during the game.

Derrick Rose has been enjoying one of his best seasons in the NBA since his injury several years back. The 30-year-old athlete has averages as high as when he started his career at 23-years-old. In addition, Derrick Rose recently reached his 10,000 point milestone. Talk about a comeback!

Layla has also reached a milestone. The little one started walking on December 24, 2018, at just 9-months-old. “So adorable,” one fan exclaimed after seeing a picture of Layla walking at her dad’s recent game. “I just want to hug her,” another follower shared.

Derrick Rose gave insight into his drive on the basketball court during a 2017 interview. “I’m stubborn,” the star athlete said. “I like moving at my own pace,” Rose explained. “So as long as I’m not harming anybody, I feel like I’ve got the right to do that.”

“People think that I’m cocky, reckless, unruly. That’s not me. That’s not who I portray myself as. But it’s not up to me to care or worry about that. My family and friends know the person that I really am.”