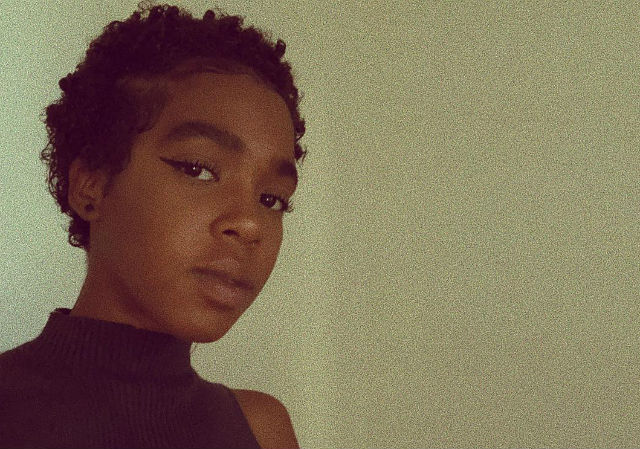 On Thursday, R. Kelly’s daughter Buku Abi, born Joann Lee Kelly, took her her Instagram story to make her first public statement after multiple women made accusations of sexual abuse against her father in Lifetime’s documentary, Surviving R. Kelly. In her statement, the 20-year-old aspiring musician addressed the victims of R. Kelly’s alleged abuse and revealed that she has not spoken to her father in years.

Since releasing her statement, many people have wanted to know more about Joann a.k.a Buku Abi. Scroll down below to find answers to some of your most sought-after questions.

Buki Abi is the the eldest of her siblings, She is 20 years old. She was born on March 19, 1998 and will celebrate her 21st birthday in just a couple of months.

Buku Abi’s mom is Andrea Kelly, who has three kids with R. Kelly. Andrea was featured in the documentary Surviving R. Kelly. She served as Kelly’s backup dancer and married the Grammy award-winning musician in 1997 but divorced him in 2009, following a child pornography trial against him.

No. Buku Abi is not transgender; her sister Jaya is. Jaya Kelly, who now goes by the name Jay, announced his transition in 2014. Jay says he identified as a boy since the age of 6 or 7. “I hated dresses, I liked girls, I didn’t want breasts, … I didn’t want long hair, I am a boy,” he wrote.

4. What did Joann Kelly say about her dad?

In an emotional Instagram post, Joann condemned her father for his actions and apologized to the many women he has allegedly abused.

She wrote:“My mother, siblings and i would never condone, support or be apart of anything negative that he has done and or continue to do in his life. Going through all i have gone through in my life, i would never want anyone to feel the pain i have felt. Reminders of how terrible my father is, and how we should be speaking up against him, rude comments about my family, fabricating me, my siblings, and our mothers “part” etc. does not help my family(Me, my sister, my brother, and my mother) in our healing process. Nor does it allow a safe space for other victims who are scared to speak up.”

She continued, “The same monster you all confronting me about is my father. I am well aware of who and what he is. I grew up in that house. My choice to not speak on him and what he does is for my peace of mind. My emotional state. And for my healing. I have to do and move in a manner that is best for me. I pray anyone who reads this understands I put nothing but good intent behind each word. It took me nearly 3 days to write this. I just want everyone to know that i do care and i love you all. This is a very difficult subject to speak on..again, I apologize if my words don’t come out right.”

She added: “I pray for all the families & woman who have been affected by my father’s actions. Trust, I have been deeply affected by all of this.”

Joann Kelly, who performs under the stage name Buku Abi, is a singer, songwriter, artist, sister and daughter.

In a recent video, which she uploaded to her Youtube, Buku introduces her music and as well as herself. She says, “My name is Buku Abi. I am 20 years old. I am visual artist, I am singer, am a writer, i am a guitar player. I am art. That is who Buku Abi is.”

KEEPING UP WITH THE KARDASHIAN KIDS: KIM KARDASHIAN GOT ALL THE 'BABY GIRLS IN THE FAM' MINI LV BAGS

KEEPING UP WITH THE KARDASHIAN KIDS: KIM KARDASHIAN GOT ALL THE 'BABY GIRLS IN THE FAM' MINI LV BAGS