The Charges Are Connected To Her October 2018 Arrest 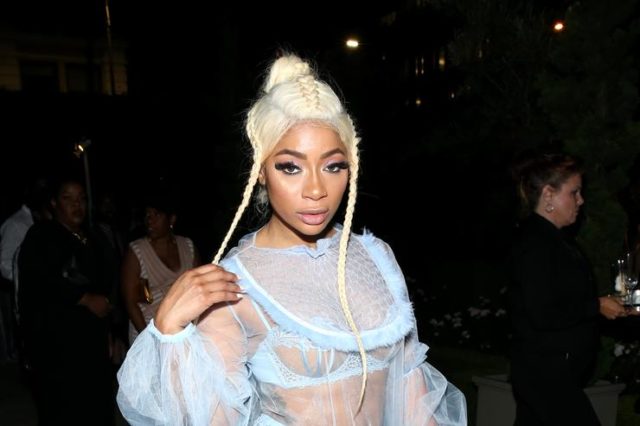 Tommie Lee of Love & Hip Hop is going through some things. The reality star has reportedly been indicted on multiple child abuse charges that include three felony counts for alleged acts of violence against her 11-year-old daughter. Lee reportedly faces up to 54 years in jail if convicted.

“Tommie Lee went to her young daughter’s middle school this past October and allegedly disrupted the class, slapped her daughter on the hands with her purse strap, slapped her across the face, dragged her down the hall by her hair … and threw her into a metal locker.”

Lee was arrested on October 16, 2018, for the alleged abuse. She was released on bail within hours but was again arrested less than 24 hours later for violating the terms of her release. Tommie was barred from seeing her daughter, yet she went to see the youngster three hours after getting out of jail.

Tommie Lee’s latest Instagram post, shared this past weekend, talked about the struggles that she has endured over the years. “I Been through A storm and it turned me Into Ah G,” the celebrity mom captioned underneath a picture of her striking a pose while out-and-about in West Hollywood.

THANDIE NEWTON'S DAUGHTER IS FOLLOWING IN HER MOM'S FOOTSTEPS