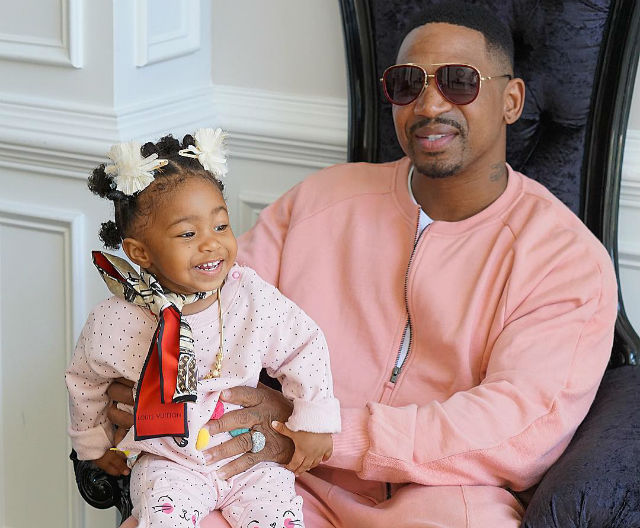 Stevie J is in the hot seat after not wishing his daughter by Joseline Hernandez a ‘Happy Birthday’ on her special day. Angry fans went on a rampage yesterday(December 30th) after Stevie took to his Instagram page to send birthday wishes to P. Diddy’s son, Justin Combs. They condemned the music producer for wishing Justin a ‘Happy Birthday’, but not giving his own daughter Bonnie Bella Hernandez-Jordan a shout out on her birthday, which was days earlier on December 28th.

One fan commented, “You even gave a shout out to P. Diddy [son]  but not your own baby. The foolishness.”

Another fan came to Stevie’s defense, writing, “This isn’t the social security office or child support court. There is no parental commandment requiring anyone to post everything on social media. Like i stated, we don’t know what’s going on behind closed doors. What if Joseline is in the process of legally keeping him from posting Bonnie or what if things are simply too hectic between all of them right now and he didn’t want to draw attention… it’s not the end of the world and it doesn’t make him this horrific person. You have no facts to make any negative assumptions about the matter.”

To which another follower responded, “That’s not the point. If you’re going to acknowledge some of your children on social media then you should acknowledge them all.”

We did a little snooping around and found that Stevie did wish Bonnie Bella a ‘Happy Birthday’ on his Twitter page. He simply wrote, “Happy birthday Bonnie Bella Jordan❤️.”

Comparatively, Bonnie’s mom, Joseline Hernandez, took to Instagram and uploaded several photos of her baby girl on her birthday. The photos showed Bonnie celebrating at pre-school with her mom and a hired Disney Princess. Fans were clearly impressed by Joseline’s effort  and not so much for daddy Stevie’s.